BROADWAY LEGEND PATTI LUPONE IN BRISBANE FOR ONE SHOW ONLY

madame rose PATTI LUPONE QPAC Tony Awards by Caroline Russo | on May 1, 2018 | 0 comments | in Entertainment | Like it 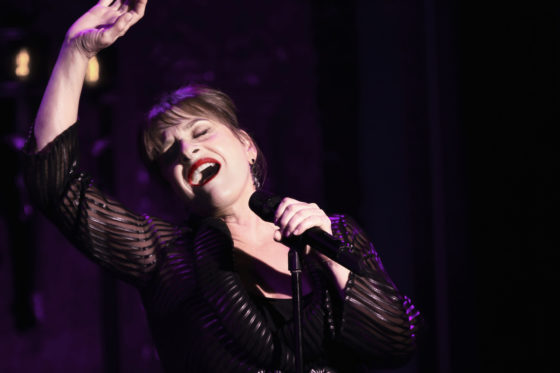 BROADWAY LEGEND PATTI LUPONE IN BRISBANE FOR ONE SHOW ONLY

LuPone will explore, through indelible interpretations of classic Broadway show tunes by the likes of Richard Rodgers, Stephen Schwartz, Leonard Bernstein, Stephen Sondheim, Cole Porter and Irving Berlin, how her life-long love affair with Broadway began and her concern for what Manhattan’s Theatre District – the Great White Way – is becoming today.

The American Theatre Hall of Famer most recently starred on Broadway as cosmetics pioneer Helena Rubinstein in the musical War Paint and will be returning to London’s West End this year in Marianne Elliot’s new production of the Stephen Sondheim-George Furth musical Company.

“Collaborating with our precinct partners Queensland Conservatorium Griffith University to provide our next generation of musical theatre stars with the opportunity to learn from and perform alongside Patti reflects QPAC’s commitment to facilitating meaningful creative exchanges and establishing enduring professional relationships for young artists,” Mr Kotzas said.

“Our Bachelor of Musical Theatre was the first of its kind in the country, and offers aspiring musical theatre stars the chance to prepare for a career in the industry under the direction of internationally renowned teachers and performers,” Professor Harrison said.

LuPone is a two-time Tony Award winner for her role as Madame Rose in the most recent Broadway revival of the musical Gypsy and for her now legendary performance in the title role in Andrew Lloyd Webber and Tim Rice’s Evita. She reprised her performance for local audiences during Evita’s original Australian run in the early ’80s.

Since then, LuPone has graced stages and screens around the world with credits covering film, TV, recordings and theatre. In 2010, she released her autobiography, Patti LuPone: A Memoir which became a New York Times bestseller.