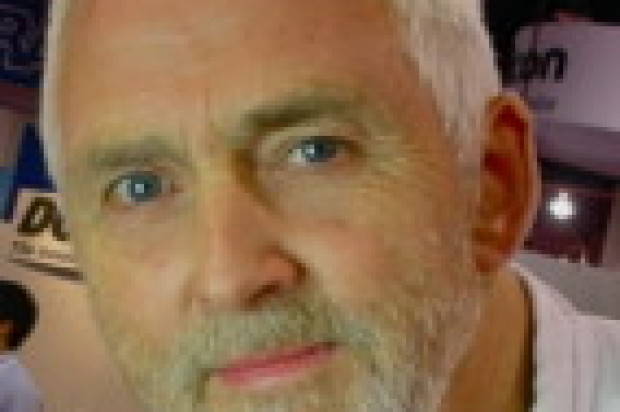 Alexandria Altman and Alan Howarth are so excited that Bruce Logan is coming aboard the film, “Snow Moon” as the cinematographer and visual effects producer. After meeting Mr Logan, Altman new right away that he had to be a part of her film. He had such great energy and is an icon in the business. Altman so admired his straight forwardness and how confident he was about his films.

Altman greatly admires Bruce Logan’s visions of what a film maker should be and how important each person is in a project. They both laughed and had so much in common, Bruce Logan was a whiz at “Star Wars” and his other films, not to mention Batman is one of Altman’s favorite super heroes.

Bruce Logan came by several nights talking about film with Altman and Howarth, and where they wanted to go with the film “Snow Moon”.
“What a delightful soul,” Altman said. Casting director Stanzi Stokes was also in on the meetings and is equally excited that Mr. Logan is joining the film, as this is a collaborative operation and all will be together in making “Snow Moon” and “The Cinderella Chronicles” a huge success.

Remember Luke Skywalker blowing up the Death Star in Star Wars? How about the tail-fin of a plane prowling through the clouds in Airplane? The movie’s first journey into cyberspace when Tron fights for the users on the game-grid? Or Lily Tomlin, The Incredible Shrinking Woman, falling down her own garbage disposal? Or Johnny Depp’s acid road trip in Fear and Loathing in Las Vegas? All of them indelible cinematic images immortalized by Bruce Logan.

A versatile, two-time Emmy-winning Writer/Director. A Director/Cameraman of commercials specializing in Comedy, Action and Special Visual Effects. He’s a two time winner of advertising’s most coveted award, a Golden Lion at the Cannes film festival, and has several Superbowl spots to his credit. Mufti-faceted, he is also a Screenwriter, Director of Photography, Visual Effects Director, championship winning race car driver and a licensed pilot. Phew.

Bruce Logan’s love of outstanding imagery started in his late teens, when London-born Logan was hired by Stanley Kubrick to work under Douglas Trumbull on 2001 A Space Odyssey. From his work on classics such as Star Wars, Star Trek, Tron, Airplane and Firefox to Batman Forever and The Rookie – special effects have become second nature to him as a tool in his story-telling sensibilities. Soon involved in more elements of the film-making process, Bruce became a Director of Photography on music videos for artists as diverse as Madonna, Prince, Rod Stewart, Aerosmith and The Go-Gos as well as features such as Star Trek:The Movie, Tron, I Never Promised You A Rose Garden and Jackson County Jail.

Developing further still, and drawing on his own acting and directing studies with Stella Adler, Nina Foch and George Tyne, and his father Campbell Logan, BBC classical drama director, amongst others, Bruce began directing commercials for every major brand, including Pepsi, Visa, Dunlop, General Electric, Chevrolet, Honda, Jeep, Hitachi and Dupont – taking him all over the world. He was also the Second Unit Director on Terry Gilliam’s Fear and Loathing in Las Vegas and directed the PBS Great Performances show featuring Culture Clash in Bowl of Beings.

Combining his love of directing with his visual effects experience, Bruce has recently developed a new Virtual Set Process with the Entertainment Design Workshop. He is currently directing episodes of a new Disney television show The Book of Pooh utilizing this unique process. Bruce also studied writing at UCLA, and with Linda Seger and David Freeman. With a mounting list of literary projects he has opened his own production company, Seventh Ray Entertainment to produce an eclectic slate of films with subjects ranging from metaphysics to motor racing, slavery to rock and roll. He is currently directing a western in New Mexico entitled “Cowgirls,” and has just completed writing a gritty cop thriller called “Painted Dolls.”