Bucci Set the Food Buzz at the “Italian Film Festival”

BUCCI Italian Restaurant James ST Brisbane will be at the opening of the Italian Film Festival 2013.  Hush Hush Biz is very proud to have worked with Bucci to present their Video Add for the Film Festival.  The opening night is October 3rd and for info go to www.italianfilmfestival.com.au

Bucci Restaurant opened in the busy James Street Precinct in Fortitude Valley in March 2012. Bucci is synonymous with fine, light Italian food using the best & freshest seasonal produce, coupled with outstanding Italian, Australian and NZ wines. Its style and buzz are reminiscent of Rome or Milan, where specialities from all over Italy converge to be tweaked for urban tastes and lifestyles. Bucci comes in many flavours. The common denominator is mouth-watering food straight from the cuccina of head chef Shaun Malone. Bucci Brisbane is the sister of Buccini in Port Douglas, where Shaun was head chef for three years before moving to Brisbane with wife Tanja, who is general manager of the James Street venue. The inspiration behind Bucci Brisbane is Spencer Patrick, partner and executive chef behind both the Bucci group and Harrisons Restaurant Port Douglas. 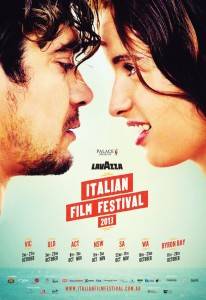