amputation burt newton Patty newton TV KING LEGEND by Caroline Russo | on May 10, 2021 | 3 comments | in Daily News and Updates | Like it 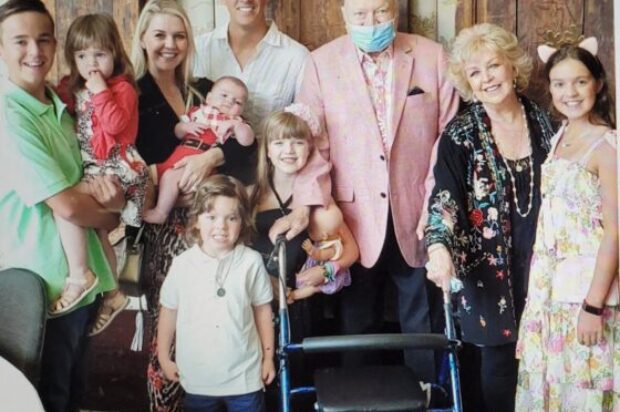 Australian TV icon Bert Newton is recovering after having his leg amputated.

The king vetern of TV legend Burt Newton’s has had his leg amputated. His agent confirmed the below-the-knee amputation occurred after a toe infection worsened.
It has been reported today in the news that the veteran entertainer was reportedly told that without the surgery, he may not have survived another year.
Newton is reportedly recovering well and in reasonable spirits
The 82-year-old’s agent, Jackie Booler, confirmed reports the surgery occurred after the star suffered complications from an infected toe.

Entertainment reporter Peter Ford who is on Morning show seven network has described the below-the-knee amputation as a “life or death” decision.

But Ford said the veteran entertainer did not want his surgery reported as a “sad story”.

Ford said the family felt grateful the treatment would give Bert Newton more time with his wife Patti, and their children and grandchildren.

Also in an Instagram post in November last year, Patti Newton said her husband had been in hospital but was “all good” with “a lot of living to do”.(Instagram: Patti Newton)

“It started off just before Christmas time, a toe infection, it didn’t seem particularly dramatic at the time,” Ford told 3AW.

But he said doctors’ concerns grew over time, before Newton was given “the ultimatum”.

“You only have a couple of months to live [but] if you have this operation and we amputate your leg you could have many years ahead,” Ford said.

“So that was the choice, and Bert clearly chose to stick around.” It was life or death.

Patty Newton has made a comment on Nine news as it’s hard days ahead but one day at a time and Burt is Burt and challenges ahead.

Patty also has been in the wars as to broken ankle sprained. The family are positive and strong.