Farewell to a grand lady of theatre and film Carol Burns.

The emotion to Carol Burns tribute at the Playhouse, QPAC, that was put together by Paul Dellit and other team members of QPAC brought quite a few tears to fellow colleagues as to hearing some of the amazing stories that this grand lady contributed to over her many years as an actress and director. The praise and energy afterwards was met equally by everyone in order to raise the bar in themselves to keep up the support of the industry. Some of the most moving speeches of the night came from Jack Thompson, Geoffrey Rush, Helen Howard, John Kotzas, Barry Creyton and the last tribute speech of the night from Wesley Enoch. All in all, Carol Burns was a champion of champions and her name will live forever in the theatre and film worlds. 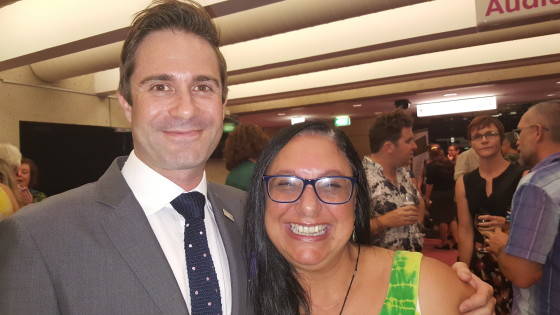