Caroline O'connor ONE WOMEN SHOW QPAC by Caroline Russo | on March 11, 2021 | 0 comments | in Entertainment | Like it 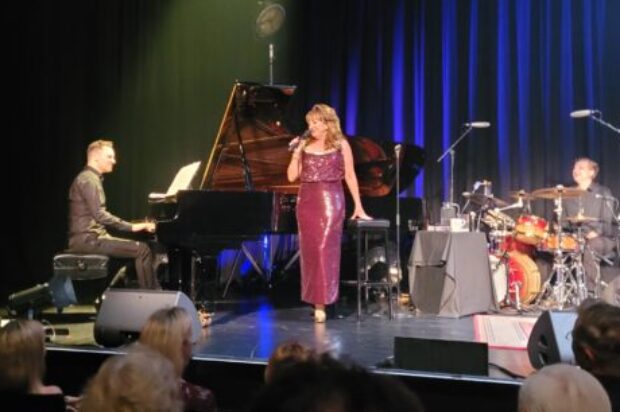 Caroline O’Connor – From Broadway with Love

Tonight Caroline O’Connor owned the stage and literally kissed the floor on arrival as to being so grateful in being back to perform live in front of an audience. What a show it was!

With an impressive four-man band of some of the finest musicians that opened the show with much excitement to Caroline husband Bazz who plays Claranet and the musical notes that come from him just lifts even further to Daniel Edmonds her long time musical director and one sassy piano man and here on stage, you have top-notch entertainment.

Caroline sense of humour is divine and natural as she had everyone feeling at ease. She shared the stories of her growth in the showbiz world, which were entertaining to hear as she had many in laughter as to her frankness and timing. It was a great mix of personal hits to some very classic songs that each one she was on note in every way, and her voice is incredible. There is one highlight of the night where she sings Piaff and OMG she channels that voice like it was Piaff.

In sharing also that Covid had effected her badly in the last year as she spoke of how tough it was for her personal as well as to the entertainment industry. To be on stage and to sing and perform again she expressed her gratitude and delight throughout the evening and to add that she is living in Queensland up in Noosa, and she is ready to get back to business and get more show fit. Caroline is all class’ and has done so much in her life as to musicals and films and broadway shows.

I am sure Brisbane will get to see more of Caroline and I know for sure I could see her again and again in anything she performs in.