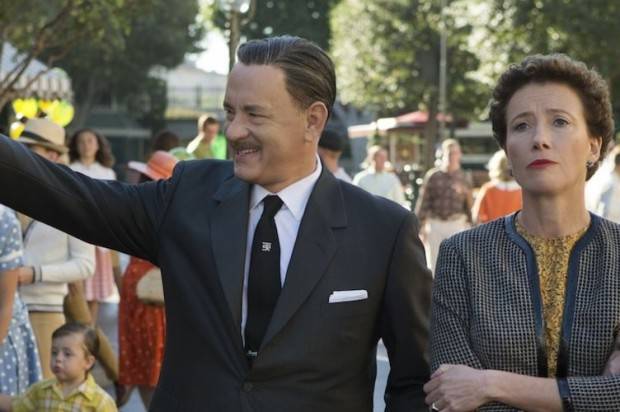 Saving Mr Banks is a heart touching film about Disney trying to turn Mary Poppins the book, into a film. They have a great deal of trouble, as P L Travers (Emma Thompson) does not want to turn over the rights to the story. Flashback scenes in the film showed how the story grew out of her childhood in Australia and her relationship with her alcoholic father. So she held out giving it to Disney for over two decades, in the end they got the rights.

This story was really moving, it had both us boys on the verge of tears by the end. Ok we cried!!

This film would not have been half as wonderful if it where not for the perfectly selected cast. Mary Poppins dream team! It was magic!

The Cast were Emma Thompson (P.L. Travers) ,Tom Hanks (Walt Disney), Annie Rose Buckley (Ginty),Colin Farrell (Travers Goff), Ruth Wilson (Margaret Goff), Paul Giamatti (Ralph).Directed by John Lee Hancock
So to sum it all up, we really loved this film. we would recommend that everyone from kids to adults go along and watch it over the school holidays. And we give it 4.5 Stars