CELTIC THUNDER ARE THE VOICE MASTERS FROM IRELAND

Celtic Thunder Jupiters Casino Matthew and Harry two little boys to avene by Caroline Russo | on May 26, 2014 | 2 comments | in Music | Like it 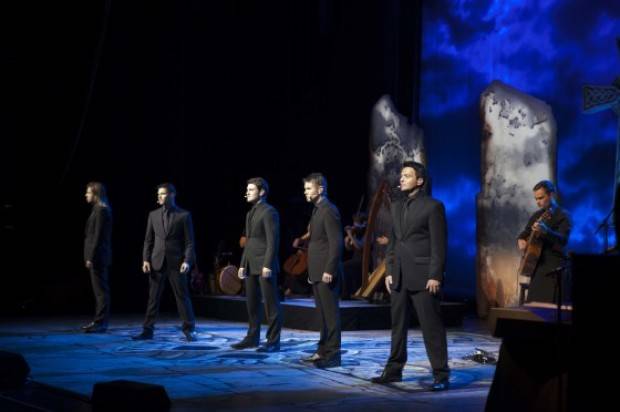 Jupiter’s Hotel & Casino was a buzz of activity on Saturday Night 24th May, as to “Celtic Thunder” visiting our shores once again and the line up of some of the best looking lads from Ireland, who sing perfect harmony and with a performance done so well with all who are part of the show as to there back up band for the tour of Australia in Mythology.

We were given a meet and greet with the boys back stage just before they begin the show and it was a real pleasure to meet them, plus to be in company of two of the bravest boys who are known as “Two Little Boys to Avene”. Matthew and Harry were born with serve allergies and have been suffering a lot since they were born. They are big fans of Celtic Thunder and being twin boys, and very excited to have meets there idols they they were asked to sing a little bit for the Celtic Thunder boys, and they gave them a taste of one of their favourite songs.
It was just wonderful to meet the family who are all strong in terms of what they have to go through but mother Jackie said that they were off to France in hope that there might be some new cures there for the boys.

The fact that the Mythology Australian tour was a tribute to the late member George Donaldson.Highly regarded and loved by all. Affectionately known as “Big George”, he was invaluable in helping to establish the show’s trademark celebration of Celtic heritage as they all spoke fondly of him on the night.

It was truly a wonderful night of music and they are amazing act to see live. 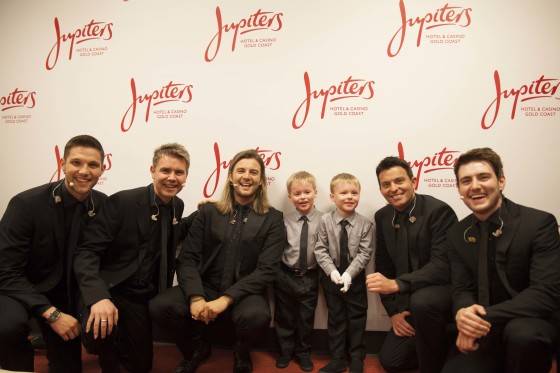