International singing and touring powerhouse Celtic Thunder will be taking Australia by storm this May as they head Down Under to perform an all encompassing national tour. The spectacular Legacy is a show like no other with an array of Celtic Thunder’s most popular songs to date.

Joining the Legacy Australian Tour will be special guest Damian McGinty, an original member of Celtic Thunder who went on to win “The Glee Project” before landing a recurring role (as “Rory Flanagan”) in the worldwide hit series Glee.

“I am really looking forward to my first Australian tour and my first visit Down Under. The boys keep telling me how beautiful it is and how warm and embracing the fans are,” said Damian.

Since its inception, Celtic Thunder has thrilled audiences the world over with their signature vocal harmonies and ensemble productions. They bring a new twist to an eclectic repertoire ranging from traditional Irish and folk music to adult contemporary, rock and classical crossover.

Hailed as BILLBOARD’s Top World Music Artist, Celtic Thunder has become a household name worldwide. This unique musical ensemble has had the honour of performing for President Obama at the White House. Their exceptional talent and broad appeal continues to shine through impressive worldwide sales of over two million albums, more than a million concert tickets sold and over 77 million views on their official YouTube channel “Thunder Tube”.

Celtic Thunder’s Keith Harkin, Ryan Kelly, Emmet Cahill and Neil Byrne will be alongside special guest Damian McGinty and all five will perform popular solo and ensemble numbers. Classic favourites such as Emmet’s Danny Boy, Damian’s Buachaille on Eirne, Neil’s Noreen, Ryan’s Ride On, Keith’s The Mountains of Mourne, as well as contemporary classics Falling Slowly and Now We Are Free are guaranteed to have the audiences begging for more.

“We are very proud of our long standing relationship with Celtic Thunder. This will be our fourth national tour with the boys who we have believed in from the start. They are a group of tremendous vocalists much imitated but never equaled’’ said Geoff Jones, CEO of TEG. 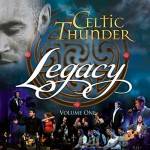 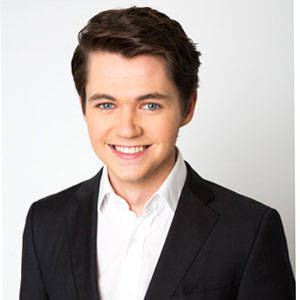