Celtic Tenors Celtic Woman Concerts Music by Caroline Russo | on May 27, 2015 | 3 comments | in Concerts | Like it 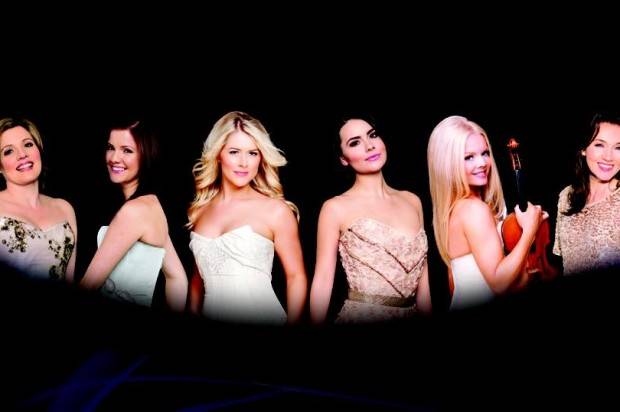 International music sensation Celtic Woman has just announced that The Celtic Tenors will join them as special guests for the Australian leg of their 10th Anniversary World Concert Tour.

The massive tour kicked off in January this year in Ireland, has travelled across Europe and is in the midst of an incredible 80+ performances in North America before Celtic Woman return to Australia with their one-of-a-kind concert experience celebrating a decade of uplifting music and dance from the Emerald Isles.

In an Australian exclusive, Celtic Woman will be joined by special guests and fellow countrymen The Celtic Tenors, making their first ever appearance in Australia, to promote their new album “Timeless”, making this tour the ultimate not-to-be-missed Celtic music experience!

Celtic Woman’s Máiréad Nesbitt said: ‘We’re thrilled to have The Celtic Tenors joining us in Australia in September, I’ve had the pleasure of working with the guys in the past and I know this is going to be an extra treat for our Australian fans and we look forward to some very special moments.’

The Celtic Tenors – Matthew Gilsenan, James Nelson and Daryl Simpson – formed the group in 2000 and have crafted a polished international reputation with just over a million album sales under their belts. Imbued with a sense of fun, they offer something truly unique: the skill, range and ability of world-class tenors combined with the personality and fun of genuine performers. From their # 1 Chart Positions in Ireland and Germany, (and # 2 in the UK) to their three platinum selling albums, their global reputation continues to grow. Across the Atlantic, they have achieved Top Ten spots in both US Billboard and Canadian Charts.

Founding member, Matthew Gilsenan, said: ‘It’s fantastic to be given the opportunity to perform alongside Celtic Woman. The girls really are an institution, what they’ve achieved over a 10-year career is just astounding. We can’t wait to join them in September and introduce our friends down under to the new songs from our album “Timeless”.’

To celebrate their 10th Anniversary, Celtic Woman will also be releasing a fabulous new 4-CD set on July 3, 2015, “Decade – The Songs, The Show, The Tradition, The Classics”, containing sixty tracks from across their first ten years. This unique collection perfectly showcases the incredible body of work that Celtic Woman has produced in their career to date.

For tour information and to purchase tickets, visit www.ticketek.com.au
*Tickets for Maryborough and Tamworth shows can also be purchased at venue box office.