Cemetery Memorial To Honour Past Residents 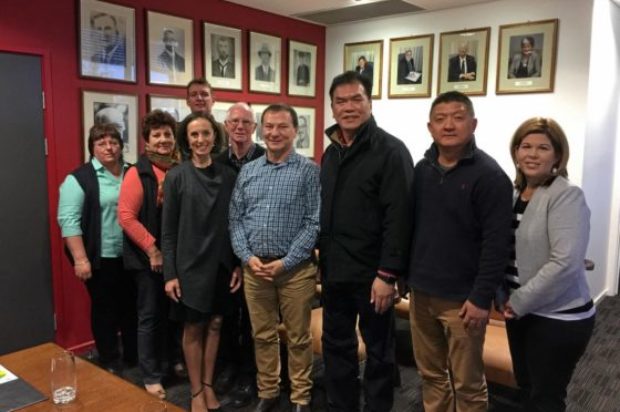 MANY Australians have been and gone in the Balonne Shire and left only the smallest of footprints behind them.

People from the Chinese diaspora have worked and learned and loved and died within cooee of the banks of the Balonne for nearly 200 years.

The first shipload of labour from southern China arrived in Brisbane in 1848.

Eventually about 300 indentured labourers ended up on the Darling Downs and beyond as shepherds and labourers.

Then in the later 1800s, “free” Chinese, who had come seeking their fortunes on the gold fields, also made the journey west seeking more traditional work.

Much of the ring-barking and clearing in the Balonne Shire was carried out by Chinese workers.

Some of these unbonded peasants subsequently became cooks and gardeners for station owners.
Quite a few ventured into growing vegetables and fruits, with intricate irrigation systems they would have adapted from ones they knew well back in China. But few grew wealthy from their back-breaking toil. Often these poverty- stricken men did not ever make enough money to afford a return ticket to China during their lifetime.

They also had to cope with racism, some of it casual, but it was also handed down from parliaments in laws, often called the White Australia Policy.

Some of these first Chinese adventurers found love and started new families, but because of immigration restrictions, there were few Chinese women in the bush.

Quite a few married Irish women who might have come to the antipodes as a result of the Great Potato Famine of 1845-49.

Often the Chinese and indigenous communities hooked up and created a new canvas.

The results of all these various stories are still walking our local streets and make up the modern Australia.

Eventually, over time, more and more people who had a connection with the Chinese dragon, ended up at rest in the St George Cemetery.

Timber grave markers recorded the name and birthplace. Some hoped to have their remains dug up, cleaned, and packed for a final journey back home to their ancestral burial grounds in their village. Some decided to call St George home, forever.

Sadly, many of the old Chinese grave markers were destroyed by a grass-fire in the 1970s.

It would be fitting if a general memorial to these sojourners who knew the way of the dragon could be erected in the St George Cemetery.

It should reflect the tenor of the lives the Chinese in the bush endured with integrity and compassion.