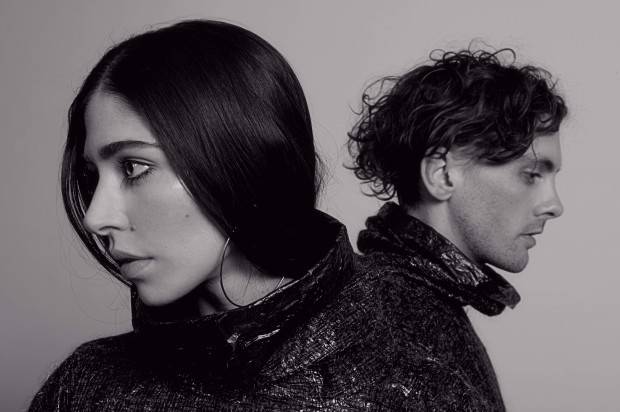 ‘ROMEO’ PREMIERED ON PITCHFORK; AVAILABLE TO PURCHASE AND STREAM NOW

Critically acclaimed pop duo Chairlift has released new music in the form of their second single, the inspiring, upbeat groove ‘Romeo’. The track, which follows the much-lauded first single ‘Ch-Ching’ was premiered on Pitchfork and is available on all digital sales providers today. The lush, swaggering, running- themed single off their forthcoming album MOTH will be released both physically and digitally on January 22nd via Columbia Records and Sony Music Entertainment Australia.

As to ‘Romeo’, the unique song is based on the Greek myth of Atalanta, a heroine abandoned at birth who becomes an excellent runner: her father hears of her prowess and demands that she return to society to marry, however, she refuses and proudly announces that she’ll only marry a man who can beat her in a foot race, and will behead those who lose. After hundreds have been killed and no winner emerges, a suitor named Melanion finally beats her in the race by throwing golden apples into her path to distract her, crossing the finish line first. ‘Romeo’ is essentially told from the point of view of the braggadocio Atalanta, as her last race is about to start; hence the arrogant and aggressive nature.

Producer and multi-instrumentalist Patrick Wimberly describes that while in the nascent stages of ‘Romeo’, he and Caroline “started building a groove and it felt like a running beat. Caroline wanted the lyrics to stay true to that idea.”

When asked to describe the songwriting of ‘Romeo’, front woman Caroline Polachek recalls, “I started studying opera two years ago, and immediately fell in love with Handel. I tried to channel that same stately, baroque feeling in the chorus of ‘Romeo’.

Although the single is the second song to be released from Chairlift in three years, the duo – comprised of writer-producers and multi-instrumentalists Caroline Polachek and Patrick Wimberly – has hardly been quiet. They collaborated with Beyoncé on her groundbreaking self-titled album via the track ‘No Angel’, which was written and produced by Caroline and co-produced by Patrick. Caroline released and toured Arcadia, a self-produced solo album under the alias Ramona Lisa and collaborated with SBTRKT, Blood Orange and others, while Patrick produced and collaborated with artists such as Solange Knowles, Wet, Kelela, and Tei Shi.

An evolution from their last album, 2012’s SOMETHING, MOTH proves to be an emotionally uninhibited and markedly stronger, more pop inspired body of work. A very New York City inspired album, listeners can expect to be led through an aural mix of big, rich pop inspired hooks, vibrating bass, lively brass and sensuous R&B inspired vocals, all anchored in the duo’s meticulously crafted instrumentation. 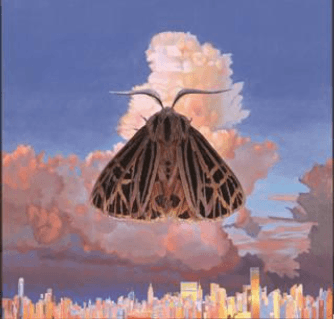