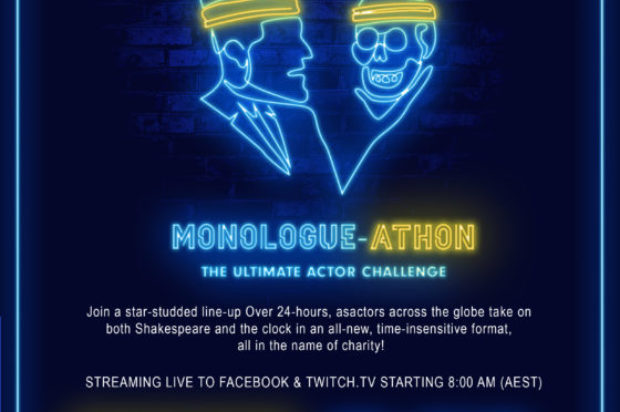 The Monologue-athon: The ULTIMATE Actor Challenge, in association with Mashed Theatre Inc. (MTi) is a 24-hour, livestreamed, interactive event being held on the 30 May 2020.

They’re engaging a multitude of actors across the globe to prepare, process, and perform a Shakespearean monologue against the clock, giving the viewers a unique insight into their process, and with some even benefiting from some high profile actors and directors in Australia and the UK including Costa Georgiadas (Gold Logie For Best Presenter 2019, Gardening Australia), Elaine Crombie (Nowhere Boys, Top End Wedding), Gerry Connolly (actor/comedian), Helen Dallimore (Here come the Habibs/Glinda – Wicked, West End), Tina Bursill (Doctor Doctor), Wesley Enoch (Artistic Director, Sydney Festival), and two Brisbane favourites Amy Ingram and Christen O’Leary (Queensland Theatre) and many more. 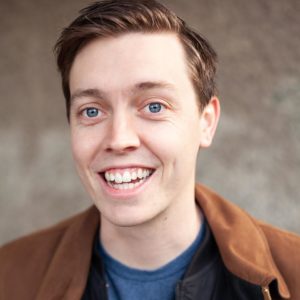 What’s more, the audience will also be able to tune in and directly vote on which monologue the actor performs, as well as comment on their performances and, finally, donate to the event’s charity partners the Actors’ & Entertainers’ Benevolent Fund Queensland (ABF QLD).

The President of ABF QLD, Paul Dellit OAM called the Monologue-athon “a novel concept” with which to generate the donations they require to support actors who have fallen on financial hardship, saying:
“We’ve rarely seen such a reliance on Benevolent Fund support, and the Monologue-athon is an engaging way for people to get behind the creative community.”

MTi Founder and creator of Monologue-athon, Matthew Caffoe, said the aim of the Monologue- athon was “to raise both money and the spirits of actors and audiences in isolation around the world” and “the bringing together of emerging and established actors in combination with the star power signing up is something rare and exciting to see”.

Links to viewing the stream: