BILBILLI CHINA ENTERTAINMENT CINEMA SHUT DOWN CINEMAS IN ASIA REPORTS IN FILM INDUSTRY TENCENT by Caroline Russo | on March 28, 2020 | 0 comments | in Entertainment | Like it

It is breaking now that China is re-shuttering all of its cinemas nationwide as it continues to battle coronavirus, according to sources in media outlets in dealines. 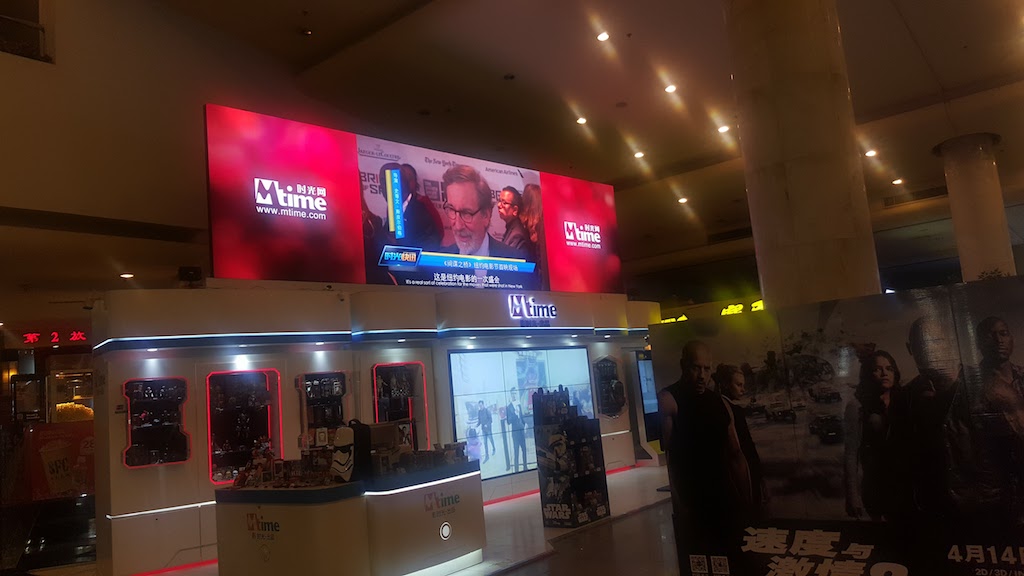 The country’s national film bureau has contacted all exhibitors today saying that venues must be closed again, with no immediate timeframe for re-opening. The news has begun to spread across popular social media service Weibo.

This weekend, a ray of light seemed to be shining from the Middle Kingdom when more than 500 cinemas re-opened their doors to the public after being closed since late January (though largely no one turned up). That represented only 4.5% of the country’s cinema real estate and didn’t include its major chains, but there was optimism that this was just the first wave and that others would follow suit in the coming weeks into April.

The box office revenue in China is over 20 billion yuan (around $2.84 billion) in the performance industry in 2019, up 7.29 percent year on year, said the Beijing Daily, citing data from a newly released report.

On the whole, the growth of revenue from performance markets including theatres, vocal concerts and tourism performances outpaced that of the film market in 2019, said the report on the development of the country’s performance industry in 2019.

The box-office earning from theatres hit 8.4 billion yuan, making it the largest contributor to the whole box office in the industry, said the newspaper.

According to the report, the post-90s and post-00s generations have become the main force of performance consumption, accounting for more than 55 percent of the total audience in 2019. Among them, the purchasing power of the post-95 generation continued to grow, said the newspaper.

In addition, the newspaper noted the per capita spending on vocal concerts was higher than others, with an average of 1,525 yuan, followed by musicals, with an average of 1,280 yuan.
Several of China’s major video platforms recently announced their 2019 annual results, offering insights into the sector’s development and prospects. Though video streaming continued to be an unprofitable business last year, all platforms have seen a recent surge in viewership as a result of the coronavirus lockdowns that started in late January, and are expected to be at least partially sustained throughout the year.

Tencent Video reported a slowdown in the growth of both revenue and subscribers, which were attributed to delays in broadcasting key content. Subscriptions rose to 106 million from 89 million at the end of 2018, an increase of 19.1%. Tencent sounded a confident tone regarding expansion into short-form video, noting that the company also overcame a “late start” in long-form video to become a market leader.

IQiyi maintained a slim lead over Tencent in its subscribers, which at 107 million represented a 22.3% increase over 2019’s figure, but that still represents a significant ramping down from the heady pace seen in the previous year, when subscribers grew by 72%. The platforms revenues are getting closer to keeping up with its heavy spending on content — revenues were up 7% year-on-year in the fourth quarter, while content costs fell by 13% in the same period, with a substantially smaller loss for the period (RMB 2.5 billion vs. 3.5 billion in Q3 2018). Controlling spending while boosting subscriber drives through brand partnerships and enhanced offerings for potential advertisers are key areas for 2020.

BILIBLII
Although a much smaller player, Bilibili has been most successful in creating a sense of community around its platform, which originated in the ACG (anime, comics and games) subculture but has gained broader appeal among the Gen Z and millennial audiences. Bilibili reported RMB $288.4 million in fourth-quarter revenues, representing a 74% year-on-year increase, an average of 130.3 million active monthly users (up 41%) and 8.8 million average monthly paid members, double the number from Q4 2019. Quarterly net losses more than doubled, however, from RMB 190.8 million ($27.07 million) to RMB 387.2 million ($55.6 million), as Bilibili increased its investment in marketing and high-quality content such as its New Year’s Eve concert and an exclusive streaming agreement for the League of Legends World Championship in China. For the full year, adjusted net losses were RMB 1.08 billion ($155.3 million), up from RMB 377.4 million in 2018.