ballet qld ballett Rossini’s Cinderella or Goodness Triuphan by Caroline Russo | on July 10, 2013 | 0 comments | in On Centre Stage | Like it

On Centre Stage  with Douglas Kennedy

There’s lot of magic in fairy tales, which often

takes the form of transformations, probably

more than in real life.

Indeed, there seems to be little or no magic in the

everyday world, although Andy Murray basking in the

So might folk falling in love, pop stars reaching number

Although, I’d imagine the serious Scot would on

in creativity and sport comes with that one percent

inspiration and 99 per cent perspiration.

The lovers? The pop stars and the tatts winners?

They’ll wake up in the real world one day (maybe).

the ground – making the most of whatever we have been

Then then there’s the theatre and maybe film.

The wonderful thing about the theatre – and film – is

the fairy tale world of magic and transformation

not only exists in abundance, but human

secretion is not in the equation.

This can work in straight forward storytelling – such as

Pantomime and skit  – but it positively blooms in ballet

and opera, where music and dance carry an

audience away to some world where the daily grind

This has become clear to Brisbane audiences this

staged by the Queensland Ballet and, now, Opera

we witnessed with Li Cunxin’s debut as the QB’s 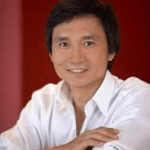 artistic director, when he brought together

(And let’s not overlook the on-stage talent in both

Cinderella or Goodness Triumphant, co-produced with

As many have pointed out – and quite

eloquently – this production is a dazzling rom-com,

which uses as it’s backdrop a character-driven Dickensian

Once again there’s some great talent in front of, and

behind, the scenes, not least Fiona Campbell’s

This Cinderella’s is ‘Goodness Triumphant’ as she

blossoms in a sparkling princess beauty (without the

aid of too much magic).

The 25-year-old Rossini wrote the work in a

remarkable three weeks only five years after the

The earlier 1697 version of Cinderella from

Frenchman Charles Perrault was a much more

virtuous and forgiving Cinderella with a moral along

the lines that, ‘beauty is a treasure, but graciousness is

In Perrault’s story the ‘orrible sisters are not only

forgiven, but found a place within the palace

community, while the Brothers Grimm Brother melted out

the cold dish of revenge as the wicked girls have their

So Cinderella is about goodness, forgiveness, revenge or

retribution  -depending on taste – as well as magic and

transformation as Cinders makes her way from the hath to

But there have been many Cinderella figures in many

countries not only down the years, but down the

They came from classical antiquity, Korea, West and

Malaysia and even Disney (although the Hollywood

corporation isn’t quite a country) among other places.

Watching the Queensland Ballets’ Cinderella and,

OCS couldn’t help but be struck by one universal need

expressed in all the interpretations.

That’s the great human desire to be discovered – to be

recognised – and perhaps lauded for services or

Cinderella is simply transformed, her grace and beauty

on show to the world, which possibly goes against the

But she represents a much more profound human

desire for acceptance and inclusion for what we can

achieve on all fronts.

Then there’s also that other mantra along the lines that

it’s no good waiting for that knock on the door, but

rather we should all get out there banging our drum

and marketing our talent?

It could be argued that Cinderella – with a little

help from friends depending on the story – does

reach out and stage a show.

Ultimately, she returns home to misery and privation and

patiently waits for Prince Charming to come nip around

on his charger, rediscover her, and sweep her off her

Talent or the Voice or  MasterChef whipping off the

frumpy make-over and revealing the sparkle of a

true diamond, that’s been lost in the human undergrowth

for far too long.

There’s enough food for thought in Cinderella to

provide a sumptuous banquet fit for a king and new

It is interesting to note that QB’s AD, Li Cunxin, and the

one known as Mao’s Last Dancer thanks to a bestselling

book and a much loved movie of the same name, had two

The dancer, turned businessman who now heads the QB,

noted when the Cinderella ballet was launched that it was

among his favourite classical works.

agents recognised his potential and plucked him from his

obscure village and the second when his light blazed

from a bushel on an exchange trip to Texas as a

mature dancer. He knew he had to do a lot more than

simply look good, but, like Cinders, he achieved his

(much deserved) place in the sun.

There’s so many illusions in Cinderella to our universal needs,

that I suspect it will engage us from here to eternity.

I suspect, for as long as we need a magical mystery cure for life’s unholy realisms.

at the Conservatorium Theatre Grifffith University,