CINEMA RELEASE: A CURE FOR WELLNESS 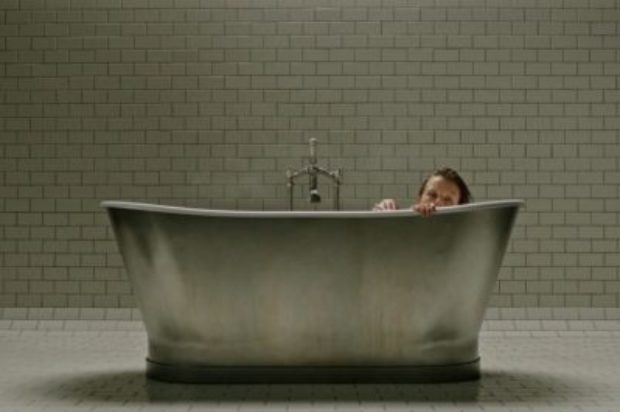 CINEMA RELEASE: A CURE FOR WELLNESS

Returning to the genre that arguably brought him to fruition, Gore Verbinski’s (‘The Ring’) ‘A Cure For Wellness’ is a decidedly morbid slice of cinema that revels in its own jarring weirdness. Here’s a film that has considerable monetary backing (something of a surprise for a particularly eerie horror experiment) yet comes off more like a pet-project-come-cult-classic-in-waiting, which essentially solidifies the likelihood of it exiting cinemas before it has had the chance to earn a reputation.

Too slow and overly long for modern horror audiences that crave jump scares, ‘A Cure For Wellness’ is far from a traditional chiller and it’s through the gradual unfolding of its unsettling plot that Verbinski finds delight in torturing his willing audience; you can practically hear the likes of genre aficionados Stanley Kubrick, Vincent Price and David Cronenberg applauding the director’s brashness.

At the centre of Verbinski’s methodical plotting is Dane DeHaan’s Lockhart, a slick up-and-comer in the world of New York City’s financial district, who’s called upon by his employers to travel to Switzerland in a bid to retrieve the company’s CEO (Harry Groener) from a secluded resort; they’re under the belief he has suffered a nervous breakdown, and the recent uncovering of Lockhart’s costly lies within the company essentially put him a position unable to refuse their demands. To describe the aforementioned resort in that term is somewhat misleading as in actuality it’s a former sanitarium, one whose history is seriously macabre, so it should come as no surprise that Lockhart’s inevitable research into its past uncovers the most graphic and unnerving of secrets.

Given how humourless and snide Lockhart is, it’s a testament to both DeHaan’s performance and the screenwriting skills of Justin Haythe (‘Revolutionary Road’) that his character earns our sympathy throughout; certainly the more he gives way to misperception and anxiety, the greater our investment in his plight becomes. This is debatably the strongest showcase for the actor yet as he equally sells Lockhart’s hateful intensity and his boyish vulnerability. Keeping in tone with DeHaan’s non-typical leading man aesthetics, Verbinski has cast his film with a plethora of players who reject the shallow standards of “Hollywood” beauty with Jason Isaac’s pleasantly malicious Dr. Volmer and the ghost-like complexion of Mia Goth’s mysterious Hannah earning the most prominence.

At 146 minutes long it’s difficult to argue with those who could accuse the film of overstaying its welcome, and there’s a slew of sequences that could easily be trimmed or omitted without any damage to the overall story, but a picture like ‘A Cure For Wellness’ isn’t made for an audience who require exposition and demand simplicity in their stories. With mind-altering imagery, hostile morals and a scene or two that pride themselves on their viciousness (a trip to the dentist has never been so squirm-inducing) Verbinski’s bold story discovers glee in its unrestrained European sensibility and its refusal to pander to the current horror market.