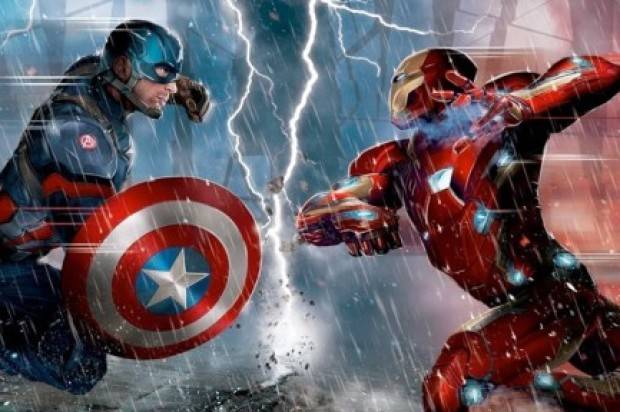 Heroes or vigilantes? That’s the question posed in ‘Captain America: Civil War’, a finely tuned actioner that is likely to stand as one of Marvel’s strongest entrants. The various plot twists and leaps that writers Christopher Markus and Stephen McFeely (the previous two ‘Captain America’ outings) have injected into their refreshingly original script will keep audiences’ minds constantly paying attention throughout the 148 minute runtime as it lines itself with bouts of dizzying action, strong characterisations and the kind of fluent humour we’ve come to expect from the comic universe that appears to get its cinematic adaptions right.

The involved references to previous films – namely ‘Avengers: Age of Ultron’ – seems like a deliberate attempt to address the mass destruction this superhero crew have accumulated over the course of their films, actions they have yet to answer for. It is through their apparent disregard of human life and public property that it is decided the government need to take control of the Avengers, no longer allowing them to operate as a free-wielding organisation; Tony Stark/Iron Man (Robert Downey, Jr) agrees with this decision, Steve Rogers/Captain America (Chris Evans) does not. The inevitable clash between the two opposing morals of Stark and Rogers, complete with their own line-up of respective support, culminates in one of the finest battles cinema has had the pleasure of hosting.

Leading up to this salivating showdown we are left wondering about the actions of Bucky Buchanan (Sebastian Stan), the ‘Winter Soldier’ of the previous ‘Captain America’ entry, who opens the film in a 1991-set flashback where he is employed (i.e. brainwashed) on a mission where his orders are to “sanction and extract”. Charismatically performed by Stan, his Soldier is a conflicted character, one who we can never quite completely trust, and it isn’t until closer to the film’s end that the potent, personal consequences of his mission are revealed. Additionally, Bucky’s apparent masterminding of a bombing at a United Nations summit brings forth the mysterious Black Panther (Chadwick Boseman, more than making up for his appearance in the god-awful ‘Gods of Egypt’), a new Avenger candidate in his own right whose initial involvement is spurred on by vengeance following the untimely death of his father; his own dedicated feature is set for a 2018 release.

With so many characters on hand for ‘Civil War’ it’s only natural that some earn more screen-time than others with Scarlett Johansson’s incredibly limber Black Widow, Elizabeth Olsen’s telekinetically enhanced Scarlet Witch (one of the most conflicted characters on hand) and Anthony Mackie’s enjoyably cocky Falcon emerging as the more prominent feature players. Jeremy Renner’s bow-and-arrow marksman Hawkeye feels more like a guest-spot and Don Cheadle’s War Machine tends to blend in to the background, but their lack of being showcased is understandable in a film that is still essentially a ‘Captain America’ sequel (and not the semi-Avengers feature it masquerades as); plus the vibrant appearance from Paul Rudd as Ant-Man and the glorious introduction of Spider-Man (Tom Holland) make up for the lack of the aforementioned Hawkeye and War Machine.

Though it does come with a running time that is in danger of overstaying its welcome, ‘Captain America: Civil War’ manages to keep its intricate story sailing smoothly with adept, confident direction and a stellar cast of performers that are both wonderfully familiar and excitingly fresh. As our favourite Avengers push the boundaries to make the world a safer place, so too does the Marvel family in their attempt to craft action-fuelled entertainment that’s more than just tightly choreographed sequences. In summation, ‘Civil War’ is a knockout.