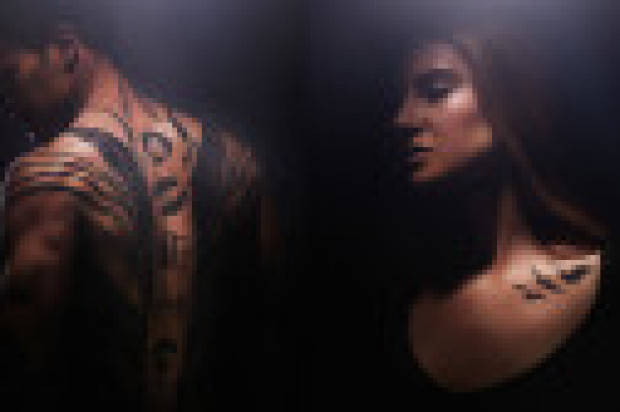 CINEMA RELEASE: DIVERGENT
Release date: 10th April 2014
Director: Neil Burger
Cast: Shailene Woodley, Theo James, Ashley Judd, Kate Winslet, Zoe Kravitz, Jai Courtney, Miles Teller, Maggie Q, Mekhi Phifer
Classification: M (Science Fiction Themes and Violence)
Review by Peter Gray
With the success of the ‘Twilight’ series paving the way for major studios to throw their support behind similarly themed young adult fare like ‘The Mortal Instruments’, ‘Beautiful Creatures’ and ‘The Host’ – all of which subsequently failed to capture their target audience – it seems fair to say that ‘Divergent’ has really only been given a look in due to the overwhelming response of ‘The Hunger Games’, and though there are a few resemblances, it appears as if this is one potential franchise starter that has clicked with its intended crowd.
Adapted from the popular novel series written by Veronica Roth, ‘Divergent’ takes place in a decimated future, specifically Chicago which is presented here in a dystopian fashion as one of the last remaining cities, where the remnants of mankind have been divided into different factions: Abnegation (which values selflessness), Amity (who strive to keep peace), Candor (who honour the truth), Erudite (where intelligence reigns supreme) and Dauntless (the bravest offshoots). When a child comes of age they are required to undergo a series of tests which will match them to the faction they are most suited for, however at the choosing ceremony they are allowed free will to decide where they wish to reside regardless of their test results. After learning that through her examinations she is classified as a ‘Divergent’, which indicates she has characteristics suited to each faction, young Abnegation citizen Beatrice Prior (Shailene Woodley) chooses Dauntless, unaware that her ‘Divergent’ classification will only make her more of a threat.
Given that the film is born from a young adult novel, it only makes sense that it plays up any angle it can to appeal to the target audience but to its credit it never lingers too long on anything unnecessary (which is more than what can be said for the ‘Twilight’ series). It runs at a hefty 140 minutes mind you, and due to its “first instalment” status in a hopeful franchise it does cover an awful lot of ground but this feels more like a conscious decision to set itself up for future movies, something that has evidently paid off as the sequel ‘Insurgent’ has been given the greenlight.
One particular faction of ‘Divergent’ that is most crucial to its success is the casting, and though she’s clearly been cast in the “Jennifer Lawrence model” Shailene Woodley proves an ample franchise lead. Lawrence appeared tailor-made for the role of Katniss in ‘The Hunger Games’ whereas Woodley is perhaps not quite as dynamic in the action stakes, but in the earlier scenes where Beatrice, who renames herself Triss once she joins Dauntless, struggles with the violent nature of her new faction, Woodley shines and as the series continues, you can only see her becoming more and more dominant. Also effective is Theo James as Four, one of the instructors for the new Dauntless initiates, who naturally takes a liking to Triss early on. The chemistry between the two is satisfactory, even if she looks a little more like a younger sister than a romance interest, and like Woodley, it appears like an ingredient that will richen with time.
Much like other franchise outings, both hopeful and proven, a select number of more “name” actors pop up in varying support roles with Kate Winslet changing her tune to play someone more villainous, here starring as Jeannie, leader of Erudite who has designs on becoming society’s new ruler. Winslet is fine in the role, and she’s having fun playing the bad girl but her screentime is fleeting and as a result doesn’t make as strong an impact as she could have. Ashley Judd as Triss’ mother makes more of an impression, despite pitiful screentime, and Aussie talent Jai Courtney (‘A Good Day To Die Hard’) does the best he can with his stereotypical get-up (tattoos, earrings and black leather) as the brutal Dauntless leader Eric.
Whilst ‘Divergent’ doesn’t match up to ‘The Hunger Games’, it’s infinitely better than anything ‘Twilight’, not to mention the countless clones we’ve suffered through, and it’s evident there’s potential here for an interesting series to be created and continued.
My rating 3.5/5 (Series shows potential)