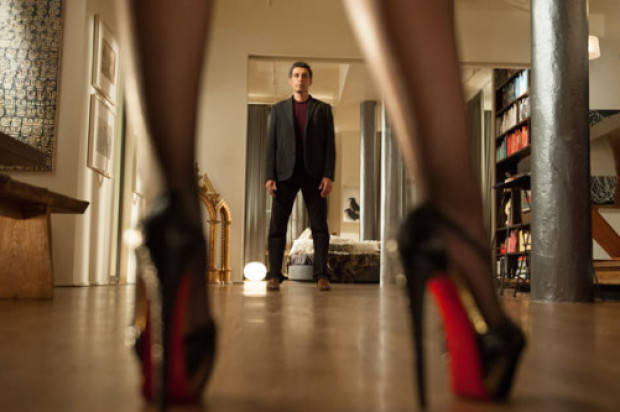 Before we’ve even had time to really settle in to ‘Fading Gigolo’ the premise of a casual suggestion of a ménage-a-trois is brought forward and almost immediately solved by one Mr. Woody Allen. In one of his few rare appearances outside of his own work, Allen feels very much at home under the direction of John Turturro (also serving as writer and lead actor), so much so that you would be forgiven for thinking this is an Allen creation as his usual ticks, neuroticism and mannerisms are on glorious display.

As endearing as Allen is though, this is Turturro’s film through and through, and for a vanity project he’s certainly surrounded himself with good company. As the mild-mannered florist Fioravante, Turturro is sweet and gentlemanly, which makes his transition to gigolo all the more enjoyable as his former employer and old friend Murray (Allen) has suggested his services to his dermatologist (a fantastic Sharon Stone) after she proposes the idea of wanting a threesome experience. Whilst the film’s plot line is improbable, and it handles it in a particularly casual manner, it is nonetheless a satisfying journey, perhaps because for a film that could’ve easily travelled a predictable, overtly sexual route, it downplays any vileness and instead aims for the heart.

The film juggles a series of relationships – Turturro’s respective associations with both Allen and Stone, not to mention Stone’s hopeful ménage partner Sofia Vergara – but it is Fioravante’s meetings with Avigal (Vanessa Paradis), a devout and reserved Jewish widow, which really gives the film the emotional lift it needs. Paradis is so beautiful and tender in her moments with Turturro, he himself benefitting from these scenes, and their scenes are so thoughtful and honestly realised that you almost wish the complex relationship they form was a film all on its own. That’s not to take anything away from Stone or Vergara as both women deliver stellar work; Stone’s predatory sexual instincts masking a sadness and yearning for love whilst Vergara is a revelation as a free-spirit, secure in her sexuality without conforming to the femme fatale stereotype she could’ve easily been.

‘Fading Gigolo’ at times feels completely unsure of what type of film it wants to be as Fioravante’s initial status as a “hoe” (as he likes to call it) is played for laughs and adheres to the sex-comedy mentality it seems to be wanting to avoid before it settles into something far more human and relatable with his relationship with Avigal. There’s nothing wrong with these former scenes as Turturro manages to inject a healthy amount of charm into them, however it does make proceedings slightly uneven. Whilst the tone may not always be consistent, the cast, and specifically the gorgeous Jazz soundtrack are, and make for a modern day Don Juan that is easily one of the better feel-good movies of the season.