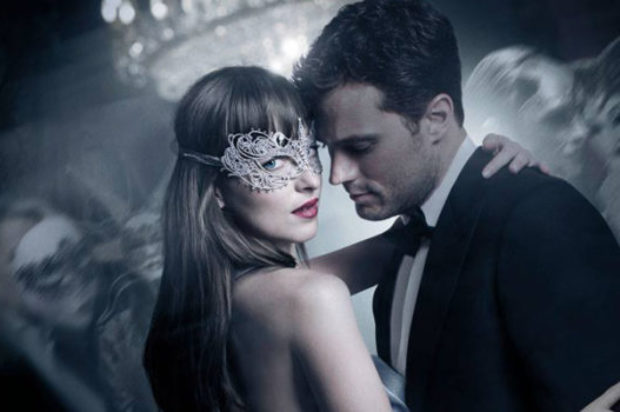 Made with a specific audience in mind, ‘Fifty Shades Darker’ is not the type of film designed to convert those unfamiliar or disinterested in the sex-heavy world author E.L. James created with her curiously popular ‘Fifty Shades’ trilogy. A series that proved talk is cheap and sex does indeed sell, its conversion from page to picture was inevitable, and though the preceding ‘Fifty Shades of Grey’ made enough money to imply quality, it was a film surprisingly light on the one thing its readers craved: Sex – and an abundance of it at that.

For ‘Fifty Shades Darker’ it can be noted that the sexual content has been exceedingly amped (yay?) so those in attendance who crave a little less conversation and a little more action (please) may be satisfied in that regard. That being said, conversations are still alarmingly heavy in James Foley’s glossy drama that attempts to put a more relatable spin on the supposed fairy-tale romance between S&M-enthused billionaire Christian Grey (Jamie Dornan) and virginal-come-submissive bedroom buddy Anastasia Steele (Dakota Johnson).

When the last film ended Anastasia (or Ana as she’s more commonly referred to) had finally grown some back bone and walked out on Christian following her brazen statement that he will never touch her again. Here, rather frustratingly, it takes little time for her to fall back into Christian’s arms (and bed) when he claims how much he needs her, and that their relationship within the he-the-dominant-and-her-the-submissive terms has ended. Yep, Christian Grey wants to get domesticated! As the film drops the slightest hints on how damaged a childhood he had and Ana adopts a push and pull mentality as to what she wants from Christian – with relatively rough sex clearly ticking her pro column – there’s the promise of something darker and more intriguing lurking thanks to a series of B-plot strands seemingly set up to take the story in a potentially interesting (or at least trashingly entertaining) direction.

Is Ana’s GQ-model boss (Eric Johnson) that crazy hot for her that he’d endanger Christian? Is former submissive Leila (Bella Heathcote) going to make good on her unhinged “single white female” persona? Will Christian’s former mentor (a wasted Kim Basinger) ruin Ana’s chance at raunchy happiness? Given how ultimately tacky these stories are it’s surprising that Foley and screenwriter Niall Leonard don’t garner more mileage out of this potential, instead they’re either unsatisfactorily dismissed or hinted as something far grander for next year’s climactic ‘Fifty Shades Freed’.

If there’s anything genuinely positive to say about ‘Fifty Shades Darker’ it’s that Johnson once again proves her cinematic spark can shine in even the darkest of circumstances; her mix of adorable awkwardness and assured sexuality drives this tawdry affair above its made-for-TV temperament. As for Dornan, he feels much more at home second time around with his less polished look (though his fans can rest easy knowing he still appears immaculate) seemingly making way for something of a personality; sadists have feelings too, who knew?

As subtle as the pop-heavy catalogue that accompanies each defining moment (under-showerhead sex to the tune of Halsey exclaiming “I am not afraid anymore”? Check!) ‘Fifty Shades Darker’ isn’t attempting to be a greater production than it is. As with its predecessor it’s miles better than its literary counterpart, though that was never going to be a challenge, and there’s no denying that the film is an awful lot of fun. Just how intentional said fun is is another question entirely.