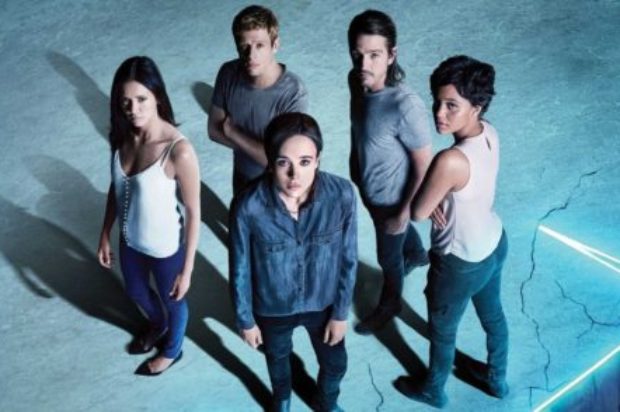 The notion of medical students deliberately flatlining in an attempt to unlock the mysteries of the afterlife is a ridiculous one. Characters that are supposedly intelligent enough to be advancing, however mildly, through medical school would never flirt with such a risky premise, but Hollywood has a knack for dumbing down its players in the name of entertainment, so something like ‘Flatliners’ therefore makes perfect sense. Or at least it did in the 1990’s when director Joel Schumacher (coming off Brat Pack successes ‘The Lost Boys’ and ‘St. Elmo’s Fire’) brought together a then-relevant cast of up-and-comers (Kiefer Sutherland, Kevin Bacon, William Baldwin, and a-fresh-from-Pretty-Woman Julia Roberts) for his hybrid psychological science-fiction/horror film that defied the odds and became something of a success.

Given that no cinematic property is safe, the 2017 update of ‘Flatliners’, something that no one asked for but could have improved on the material at hand, sadly misses the mark all together, dropping any shred of gothic style the original had in the process to be just another afterlife-centric thriller with horror undertones; why Sony deemed this theatre-worthy is beyond me as it feels like the type of subpar project that makes up the majority of Netflix’s catalogue. It’s a real shame too as director Niels Arden Oplev (the original ‘Girl with the Dragon Tattoo’) has proven his boldness behind the camera before, and a headliner in a reliable actress like Ellen Page lends a sense of hope to a project that is far below their talents.

Subbing in for Kiefer Sutherland’s archetype from the original (the actor also having a minor cameo in this film), Page does her best to convince us that her character is reckless enough to even attempt such a scheme as the one she pieces together here; the obsessiveness and charisma that Sutherland injected into his character is sadly missing from her performance though. Feeling guilty for being at the wheel of the car when a text-whilst-driving scenario resulted in the death of her younger sister, Page’s Courtney manages to convince her student circle to help her flatline and then revive her soon after in a bid to discover what’s on the other side; though she never specifically states it, we can only assume it’s to discover where her sister may be.

In a deviation from the original, Courtney and her fellow flatliners return from their experiences in an enhanced state of intelligence, but this benefit comes with unwanted consequences in that their sins of the past are now plaguing them in a potentially fatal manner; Kiersey Clemons’s struggling Sophia has to deal with her mean-girl past, James Norton’s playboy Jamie is haunted by the woman he tossed aside after getting her pregnant, and Nina Dobrev’s determined Marlo made an error with a patient that resulted in their death. These story strands hold potential to forward the film’s story but, sadly, Ben Ripley’s script does little with this element other than create horror movie-approved scare sequences that don’t even muster up enough of a reaction to be deemed successful.

Whilst a film like ‘Flatliners’ isn’t going to be one dealing with realism, it doesn’t even pretend to keep things grounded outside of its outlandish premise as the characters show little regard for common sense. Had a near-death experience? Why not attend a rave, or engage in energetic sexual relations with one another, or go for a high-speed chase for the sheer thrill. This is not a smart film – it’s not even an enjoyable unintelligible one – more just a sorry excuse of filmmaking that somehow earned studio funding from executives whose creativity flatlined along with this project.