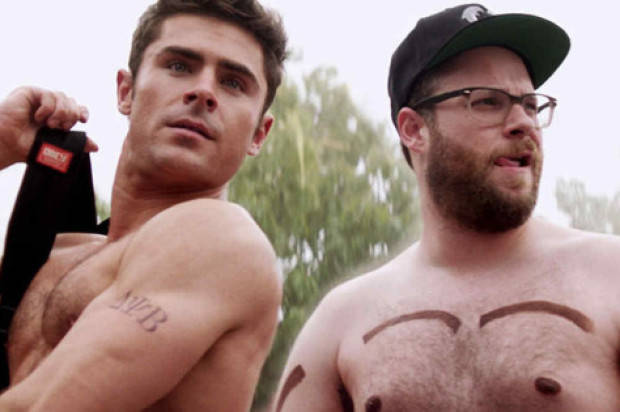 After the inexcusable rubbish that was ‘Dirty Grandpa’, Zac Efron was in dire need of cinematic redemption. Who would’ve thought that it would come in the form of ‘Bad Neighbours 2’, a surprisingly strong continuation of 2014’s bromantic ‘Bad Neighbours’ whose solid critical and commercial reaction essentially assured this film’s conception once the opening weekend numbers were tallied. Finely tuned and remarkably sensitive to social and cultural issues, the film may aesthetically present itself as a “bro” heavy affair but underneath the surface lies a reworking of that stereotype that benefits both the feature and its players.

Efron’s Teddy is perhaps the finest example of this. Whilst his character pines for the fraternity glory days gone by, he’s very much the heart of this often hilarious film as he yearns for nothing more than to be needed; to say he has abandonment issues would be an understatement. As for Teddy’s former nemeses Mac (Seth Rogen) and Kelly (Rose Byrne), the two are still happily married and now expecting baby number 2; the realisation of Kelly’s pregnancy revealed in the most unpleasant of sexual encounters that opens the film and sets the tone accordingly. Much like the original film touched on the couple’s yearning for rebellion, ‘Bad Neighbours 2’ allows Mac and Kelly to be wholly relatable through the presentation of their less-than-perfect financial situation and the taboo vices they resort to; he still likes his marijuana, she owns a sex device. Beyond their daughter adopting Kelly’s sex-toy as her own play thing – they dress it up as a princess – these outlets provide little issue or conflict.

Conflict does arise however when spirited college student Shelby (Chloe Grace Moretz) moves in next door with the intention of starting up her own sorority in a bid to forward women’s rights in the college housing system where sororities, unlike fraternities, are forbidden to host their own parties. A former high-school outcast who so desperately wants to find a sisterhood she can call her own, Shelby is an impressively realised character with a rather poignant arc, and even though her stand for female empowerment results in a slew of gross-out gags and bad behaviour, she’s still a particularly likeable character.

In a film so heavily influenced by men – all five credited writers are male – it’s rather refreshing to see the women treated as well as they are with not only Moretz emerging as a strong voice for anti-sexism within the American campus culture, but Byrne (arguably one of the best comedic talents working today) once again stealing the film with the sheer force of her personality alone. Though a ‘Bad Neighbours 2’ initially seemed like a non-idea following the first film, a third go-around is most-certainly off the cards as Rogen and his usual motley crew have exhausted their comedic material on a sequel that’s far better than it has any right to be. Rogen’s Mac may so grumpily exclaim that “stopping young people from having fun” is what all adults do, but if this particularly humorous film is anything to go by, adults are clearly capable of creating so much more.