George Clooney hollywood Joel and Ethan Coen by Caroline Russo | on February 26, 2016 | 0 comments | in Film Release & Reviews | Like it 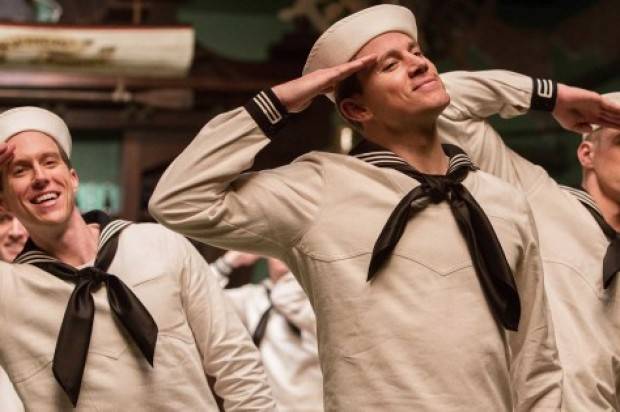 In terms of Coen brothers fare, ‘Hail, Caesar’ stands as one the duo’s most carefree affairs. Doing away with a cohesive narrative and firing on cylinders that are very much their own, the film is sure to tickle the funny bone of die-hard Coen brothers fans but likely to polarise general audiences who will attend screenings under the false pre-tense that this throwback to 1950’s Hollywood will encompass all the glitz and glamour of the era – an aspect highlighted in the deliriously misleading advertising – and little of the secret society politics that very much dominates this bizarre love letter to old school tinseltown.

With a plot that feels like an extended side-arc from a more consistent film ‘Hail, Caesar’ offers glimpses of greatness as we witness the unique filmmakers recreate some of the most recognisable genres of a bygone era, with Josh Brolin’s meticulous studio “fixer” Eddie Mannix stringing the various strands together. On a daily basis Mannix will tend to the countless film stars and directors who require his unique brand of help in getting them out of whatever jam they find themselves unwillingly involved in – be it personal or professional. To say he’s overextended is an understatement, and with an airline manufacturer offering him a more steady environment he’s certainly in an uneasy headspace about his line of work. Naturally the last thing Mannix needs is another actor getting themselves into trouble, but that’s exactly what happens when A-list playboy Baird Whitlock (George Clooney) goes missing following his kidnapping by a mysterious group known as “The Future”.

As Mannix scrambles about town to find Whitlock and keep his disappearance out of the tabloids, there’s a medley of subplots specifically created by the Coen’s in their attempt to both poke fun at the industry and lovingly replicate classic examples of 1950’s pictures. Amongst the characters introduced are DeeAnna Morgan (Scarlett Johansson), a beautiful starlet looking to cover-up her out-of-wedlock pregnancy by scheming to adopt her own baby, Hobie Doyle (Alden Ehrenreich), a singing cowboy with abundant acrobatic talent, but little acting skills, who is plucked from his comfort zone by a meticulous director (Ralph Fiennes), and twin-sisters Thora and Thessaly Thacker (Tilda Swinton), rival gossip columnists desperate to uncover the truth behind Whitlock’s disappearance. As Mannix weaves his way through these particular episodes, which eventually meld together (albeit loosely), the film’s narrative tends to meander. Surely this was by design, but similarly you can’t help but feel slightly dissatisfied as their penchant for frivolity (see ‘Burn After Reading’) is still able to been contained within a story that’s more fine-tuned than what is on offer here.

Ultimately you can’t get too mad at the Coen’s though as ‘Hail, Caesar’ really does shine when they put to screen their replications of 1950’s Hollywood. Johansson’s DeeAnna Morgan is an Esther Williams-type whose aquatic dance number is really quite striking, and the near-poetic exchange between Fiennes and Ehrenreich over the latter’s inability to master dialogue is sure to stand as one of the year’s funniest moments, but it’s Channing Tatum’s Gene Kelly-like singer/actor that brings the house down with a hilarious sailor-themed homo-erotic song and dance number; not only does it showcase Tatum’s surprisingly healthy vocals, it’s a fantastically accomplished routine and the actor is unbelievable in it, hitting every beat with an enthusiasm that makes you feel like you’re witnessing the birth of a genuine star.

Unsurprisingly ‘Hail, Caesar’ looks an absolute treat, the period detail is near-flawless, and the Coen’s knack for assembling top-tier casts – and getting the best out of them – is once again on full display here with Clooney, embracing his inner fool, Johansson, Fiennes and Swinton all reliably impeccable; Jonah Hill and Frances McDormand earn credits too but their involvement is more blink-and-you’ll-miss-them. Ironically, in a film with so much proven talent, the true stand-out (next to Tatum) is Ehrenreich, a relative unknown whose only major credit to date has been the vastly under-seen fantasy tween offering ‘Beautiful Creatures’. Encompassing classic good looks and immaculate comedic timing, he’s a real find by the Coen’s. Predictably offbeat as far as Coen brothers features go, ‘Hail, Caesar’ is another fine addition to their filmography, but mainstream audiences should be on guard that this is far from the vibrant comedy it may appear to be.