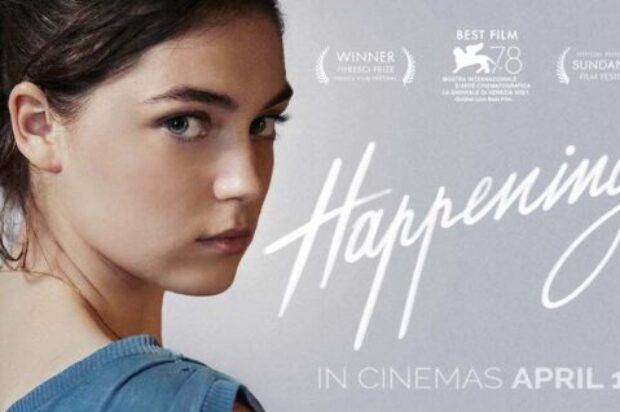 France, 1963, Anne (Anamaria Vartolomei) is a bright young student with a promising future ahead of her. But when she falls pregnant, she sees the opportunity to finish her studies and escape the constraints of her social background disappearing. With her final exams fast approaching and her pregnancy progressing, Anne resolves to act, even if she has to confront shame and pain, even if she must risk prison to do so.

Winner of the Golden Lion at Venice Film Festival Audrey Diwan’s intimate adaptation of Annie Ernaux’s autobiographical novel approaches the themes of its source material with honesty and simplicity, resulting in a gripping, poignant and timely sophomore feature.