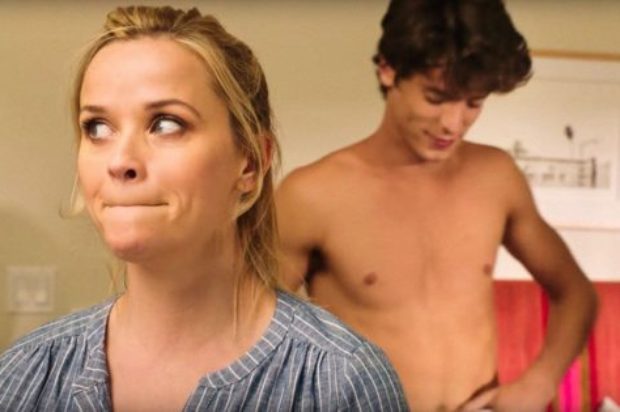 It was only a few years ago that Reese Witherspoon, having suffered through a plethora of material far beneath her talents, placed two significant steps forward in her career with her accolade-laced turn in the 2014 drama ‘Wild’. As far as she stepped though, she retreated that much further by aligning herself with Sofia Vergara in the ill-advised ‘Hot Pursuit’, a buddy comedy project that did little favour to either of its stars. With ‘Home Again’, Witherspoon finds herself in a similar situation as this simplistic rom-com arrives hot off the heels of her biting turn in the HBO limited series ‘Big Little Lies, which arguably saw the actress turn in the strongest work of her career.

Whilst not a trainwreck of ‘Hot Pursuit’ proportions, ‘Home Again’ is beneath Witherspoon but, such is the charm that she so effortlessly possesses, this airy laugher is at least tolerable and inoffensive enough to please the audience it so specifically targets. Easily considered a veteran of the genre by this point, Witherspoon’s familiarity with this type of material is counterbalanced by the novice status of first-time writer/director Hallie Meyers-Shyer, though her being the spawn of filmmakers Nancy Meyers (‘It’s Complicated’, ‘What Women Want’) and Charles Shyer (‘Father of the Bride’) lends a certain confidence to her debut status.

Eager to please, with a layer of sugar coating to make it all the more sweetly digestible, ‘Home Again’ is so formulaic that you could pause the film at any given moment and correctly guess what beats the story will adhere to. But as predictable as it all proves to be, it’s no less charming with Witherspoon hitting all the expected notes as Alice, a recently-separated interior decorator who has upped her life in New York and set up shop in sunny Los Angeles. The film tries to play the “poor Alice” card by painting her as something of an aimless mess with her unsure of her work and having to move back to her childhood home, but given that said home is a sprawling estate with just the right amount of interior chic to make any home owner jealous, it’s hard to feel too much sympathy; oh, plus she ends up with three charming bachelors living with her that take care of her sex life, offer tech support, and look after her two daughters…stop me when this gets too much.

The aforementioned bachelor trio consist of filmmaker-in-waiting Harry (Pico Alexander, looking as if he stumbled off the pages of Vogue), struggling actor Teddy (Nat Wolff), and aspiring screenwriter George (Jon Rudnitsky), three friends who end up as houseguests following a wild night of drinking to celebrate Alice’s 40th birthday; the combination of charm and their love of all things film sits well with Alice’s mother (Candice Bergen), a former actress who informs the boys that her late husband happened to be a world famous director they admire (of course).

From here on ‘Home Again’ offers little surprise, from Alice fighting off her affection for Harry, to the boys all struggling with their own careers, to Alice’s ex-husband (Michael Sheen) making the rounds just long enough to add a sense of doubt to Alice’s psyche, this fluffy piece checks off its rom-com bingo card with an ease that’s either insulting or alarmingly impressive; your answer will depend on how cynical you are.

‘Home Again’ won’t be added to the annals of genre classics, nor is it even really worth a trip to the cinema, but there is unequivocally an audience for this movie, and they will lap this one up in spades as it’s suitably attractive to look at, pleasant to listen to, and will leave you feeling just that much happier.