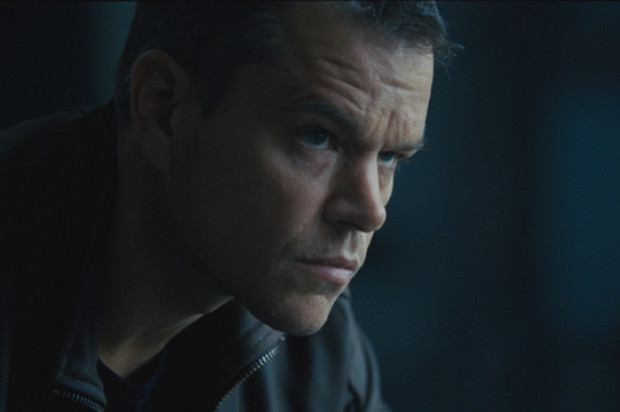 Whilst writer/director Tony Gilroy was working with the best intentions of continuing the Bourne series with the 2012 Matt Damon-less ‘The Bourne Legacy’, it’s certainly much more of a coo to have Damon and Paul Greengrass (who championed ‘The Bourne Supremacy’ and ‘The Bourne Ultimatum’ to critical acclaim) back in the driver’s seat of the franchise they have birthed to fruition.  Gripping, intense, and masterfully crafted, ‘Jason Bourne’ acts as both a thrilling conclusion to the original trilogy and the potential start of a new series.

As to be expected everything contained within ‘Jason Bourne’ is largely scaled yet surprisingly intimate due to Greengrass’s penchant for keeping a tight, keen eye on his players and their questionable activity.  Since removing himself from the grid nearly a decade ago Bourne (Damon, whose slightly weathered face offsets his impressive physique) seems to have made his way through the underground fighting circuit, clearly surviving on the underestimation of those who bet on each round.  When a familiar face from his past resurfaces – former CIA operative Nicky Parsons (Julia Stiles, looking severely unenthused) – Bourne is unwillingly reunited with history he had thought he has accepted and buried.

The notion that his original recruitment may have been a more personal family affair than he was lead to believe sets Bourne off on another journey of self-discovery, which in effect results in a slew of tightly choreographed fight sequences and outlandish stunt pieces set to Greengrass’s signature shaky cam method; a chase sequence amongst the protested streets of Rome and a showy finale along the Las Vegas strip earning their place as film highlights.

As much as the film revels in Damon’s return, the support cast are equally up to the task of staking their claim in this taut cinematic universe with Tommy Lee Jones’ shrewd CIA director Dewey and Vincent Cassel’s brooding hitman, simply known as Asset, making their presence significantly felt. Holding her own amongst the predominantly male ensemble is Alicia Vikander as Heather Lee, an ambitious young agent working alongside Dewey, who appears sternly motivated to bring Bourne in; but just why is a question the film likes to dance around.

If you’ve enjoyed the previous Bourne entries, there should be no reason why ‘Jason Bourne’ won’t satisfy your appetite for taut action thrillers – implausible and plot-hole filled as it may be.