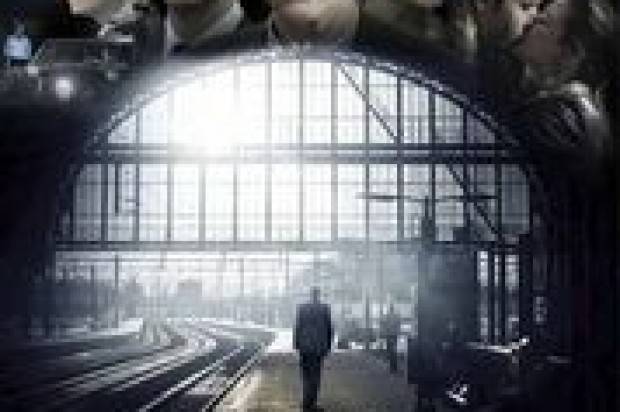 Director Bille August’s Last Train to Lisbon is rather engaging in hindsight, but during the screening seemed to be as slow as a snail as the narrator trawls through other people’s lives with no particular purpose.
The narrator in question is that most refined of English actors, Jeremy Irons, who plays a sad sack high-school Latin teacher whose existence – or rather nonexistence – oversees a story of passion, revolution and betrayal.
When we meet Raimund Gregorius (Irons) in the Swiss city of Bern his life is so ho-hum that he even plays chess with himself in the long dark hours between classes.
So it comes as some relief when Raimund’s life is transformed thanks to an encounter with a young Portuguese woman, who is about to jump to her death from the Kirchenfeld Bridge.
The unremarkable teacher manages to talk her down in a couple of minutes and then whisks her off to class for no apparent reason, although the decision triggers his personal story.
When she runs away, leaving her coat behind, Raimund discovers a book by a Portuguese doctor, Amadeu de Prado, and more importantly a train ticket to Lisbon.
So naturally he abandons his students and rushes off to have an adventure, which he is certainly due, all the time reading Prado’s book, Goldsmith of Words, mostly to himself (which the audience hears courtesy of Irons’ voiceover).
When Raimund arrives in Lisbon he checks into a cheap hotel – the teacher lives on a budget – and starts to investigate the now dead Amadeu’s story, which ultimate is more interesting than his own, despite his dreadful book.
Goldsmith’s book is packed with those homilies generally found on desk calendars and in sentimental cards, but, fortunately, Raimund believes it to be a pot of intellectual gold.
Last Train, which is based on Swiss author Pascal Mercier’s bestselling German novel of the same name, has the moniker psychological thriller.
I guess that explains Raimund’s contribution to the unfolding story which, I believe, would have been better served by a direct attack on the core narrative.
The heart of the story – which comes slowly and leaves too quickly too often – centres on the turbulent lives of a bunch of idealistic revolutionaries looking for life’s meaning at the end of the Portuguese dictator Salazar’s rule in the early 1970s.
A contrived meeting with a woman optician (Martina Gedeck) leads Raimund to older versions of the principal characters, including Amadeu’s old school chum Joao (Tom Courtenay), another one-time young idealist Jorge (Bruno Ganz) and the boys’ old teacher played by Christopher Lee.

Earlier, Raimund had also met Amadeu’s sister, played by Charlotte Rampling, who eventually also gives some clues to the original story.
In a nutshell, the heart story is that the youngsters Amadeo (Jack Huston), a magistrates son, and grocer’s son Jao (played by August Diehl) find common ground with their distain for the regime, but a bigger distraction comes when they both fall for Estefania (Melanie Laurent).
Therein lies the passion – for the revolution and later the girl – the struggle and ultimately the motive for betrayal.
Pretty classic stuff.
There’s some twists and turns, resolutions, answers to the meaning of the girl at the beginning and even a choice for Raimund, who ironically had said to the suicidal woman: `do you realize you can change your life in an instant’.
There’s fine performances all around – especially from the oldies – with Iron leading the charge and both young and old giving their all.
It’s good to see there’s still a place in movies from ageing big screen heroes such as Rampling, Courtenay, and Lee.
Last Train to Lisbon is one of those movies which appears to have more to offer on reflection, but first of all you need to sit through it.
I doubt Last Train, unlike August’s 1987 hit movie Pelle the Conqueror, will win a Palme d’or Oscar (for best foreign film) but I would by no means completely dismiss it.
My Rating 3/5.