Telling a story that’s so unbelievable in its actuality, ‘Lion’ showcases no shame in aiming for an emotive response from its intended audience. Though the impressive line-up of talent on board (Dev Patel, Rooney Mara, David Wenham, Nicole Kidman) all deliver suitable performances, it’s the staggeringly engaging turn from unknown 8-year-old Sunny Pawar that grounds this effective film.

Cleanly cut into two halves, the first section of ‘Lion’ is ultimately its strongest. Anchored by Pawar’s performance and commendably shot in a docu-drama style by director Garth Davis (in his feature debut) there’s a harsh light shone on the streets of India as young Saroo (Pawar) is separated from his family after a late night venture with his brother. These initial scenes are quite harrowing as Saroo searches aimlessly for his brother before boarding a train that travels miles out of his own district. At times ‘Lion’ threatens to become a much darker film as Saroo intertwines with crooked cops and human traffickers (that scene perhaps the most disturbing in its subtlety), but the tragic circumstance for the young boy thankfully never overstays its welcome.

Adopting less of an edge for its latter half, ‘Lion’ still remains intriguing enough as Saroo (as an adult played by Patel) has become accustomed to his life in Australia, following his adoption as a child into the care of the rather saintly John and Sue Brierly (Wenham and Kidman). Identifying moreso as an Australian than Indian (Patel’s Aussie accent is commendable), Saroo gradually grows more and more concerned with finding his birth mother, devastated at the notion that she could believe he is dead. Saroo is presented here in an unsympathetic light as his obsession in finding his birthing ground consumes him, which all but pushes away his adoring American girlfriend (Mara, in a surprisingly thankless role); Saroo’s temper also stemming from his relationship with his adoptive brother who has been unable to move on from his severe Indian upbringing, and in turn has become a serious drug abuser. 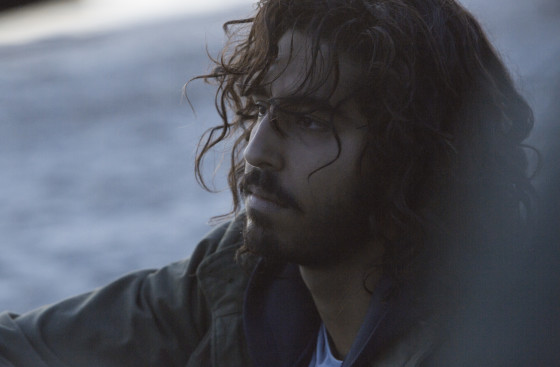 hilst the performances from Patel and, particularly, Kidman have been singled out in the current award season, it’s Pawar’s film through and through. Patel is suitable enough in the lead role, Mara and Wenham are sadly underutilised, and Kidman, warm and wonderful as she is, is lost under an unfortunate wig that, as character appropriate it proves, steals initial focus, leaving the young Pawar to walk away with the film thanks to a performance stripped of any vanity or showy tendencies.

Though it’s easy to accuse ‘Lion’ of being too transparent in its attempt at covering all the bases one should for an awards-worthy film, it can’t be denied how amazing a story there is to be told here, and both Davis and screenwriter Luke Davies (based off Saroo’s own novel ‘A Long Way Home’) prove ample storytellers. Likely to prove a winner across the board for general audiences, ‘Lion’ succeeds as a tale of hope, even though the story’s more heartbreaking elements are where it ultimately thrives.