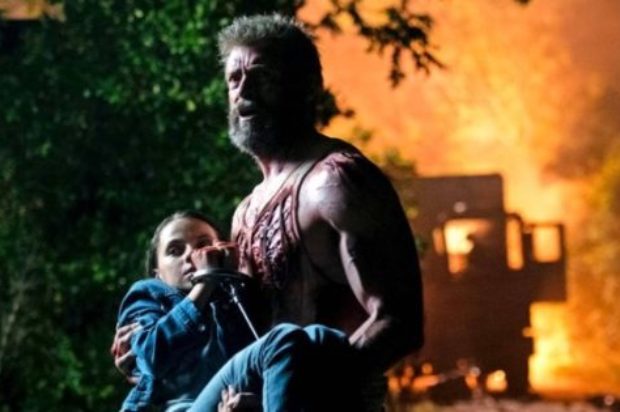 From the opening moments of ‘Logan’ it’s immediately evident that will ultimately transpire is unlike anything we’ve experienced within the universe of the ‘X-Men’ films. Hugh Jackman has stated at length that he has been hankering for an unapologetic, balls-to-the-wall project for Wolverine, and James Mangold’s deliciously graphic picture is certainly the Wolverine film both we the audience and the character himself deserve.

Set in a not-too-distant future where mutants have become all-but-extinct, ‘Logan’ presents us with a hardened image of its titular character (played, once again, with unmatched grit by Jackman) as he’s grown noticeably rougher with age. Living under an alternate identity as a limousine chauffeur, Logan is spending whatever funds he can afford on illegal medication for former mentor Charles Xavier (Patrick Stewart), whose abilities have made him increasingly dangerous to be around. When offered a healthy pay package to protect a seemingly harmless young girl (Dafne Keen), Logan is unprepared for the bleak reality that she is not only a mutant but that her enhancements match his, and that there are dangerously powerful people on the hunt to harness her power for their own gain.

As typically “comic book movie” as that may sound, there’s nothing remotely colourful or witless about what transpires on-screen as ‘Logan’ delights in its own maturity; Mangold adopts a certain western aesthetic for the film too, with George Stevens’s classic ‘Shane’ being at once a reference point and inspiration to proceedings. And when ‘Logan’ opts out of its traditional route and veers into something of a road movie, it becomes all the more intriguing, with a suitably violent stopover in Vegas and a detoured visit with a simple family (headed by Eriq LaSalle and Elise Neal) ranking as some of the film’s more impactful moments.

If this is indeed Jackman’s last appearance as Logan, he has played the grandest of swan songs here as his performance is arguably the strongest incarnation of Wolverine yet. Though still impressive from a physique standpoint, the character’s mortality lends itself to Jackman appearing far more worn down, and the animalistic tendencies that have been ever present throughout his 17-years as the character are presented here in their most frightening form. However, just as much as this is Jackman’s movie, Stewart is presented too with his character’s strongest material, sinking his teeth into the role that sees his once-brilliant professor reduced to an angry, broken man who is very much on the verge of losing his mind. Keen completes the dysfunctional trio, delivering her own take on the violent, often uncontrollable animalistic urges that make Wolverine both so fearless and fantastic.

Whilst much of the film is hauntingly intoxicating to view, a slight stalling in pace during the final moments, and a series of villains that are either underwhelming or underdeveloped, leave ‘Logan’ unable to escape completely unscathed; Richard E. Grant and Boyd Holbrook prove fine choices in their respective villainous roles however, despite the material not matching their commitment. Far more consistent than ‘The Wolverine’ and, unsurprisingly, leaps and bounds more impressive than ‘X-Men Origins: Wolverine’, ‘Logan’ is surely to be ecstatically accepted by X-Men fans. Though this may have been a long time coming, the more-adult approach presented here (and seen in last year’s ‘Deadpool’) proves a new wave of risk within the comic-book genre is a very real possibility, one that will be readily welcomed both commercially and critically.