‘Queen of Katwe’ DAVID OYELOWO educational Lupita Nyong’o by Caroline Russo | on November 29, 2016 | 0 comments | in Film Release & Reviews | Like it 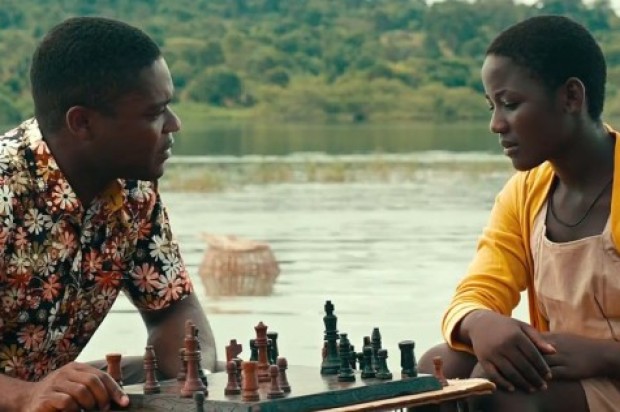 Given the global domination Disney has amassed recently, it seems only right that the company invest its time and money into something a little more moderately scaled. Hopefully attractive enough to reach a younger audience and open their eyes to an existence they may not be able to fathom themselves, ‘Queen of Katwe’ is a beautifully realised tale elevated by naturalistic performances that help the film overcome any clichés it may adhere to.

Though the sport it may be focusing on could be deemed uneventful enough to have a film devoted to it, director Mira Nair assures the film remains entertaining and emotionally investing to avoid any detraction from those worried the chess-centred drama will be a task to endure. Set primarily in the slums of Uganda, ‘Queen of Katwe’ tells the inspiring true tale of Phiona Mutesi (Madina Nalwanga), an illiterate pre-teen whose initial days are spent selling corn on the streets with her mother (Lupita Nyong’o). When local missionary program leader Robert Katende (David Oyelowo), affectionately dubbed “coach” by the young children he mentors, welcomes Phiona into the class where he is teaching the locals how to play chess, it becomes quickly evident at how unassumingly intelligent she is.

As the film spans the years leading up to Phiona’s eventual chess championship status, we are presented with a wonderfully genuine turn from newcomer Nalwanga who embodies Phiona’s trials and triumphs with unmatched authenticity. Whilst her situation is one far removed from many a viewer, she proves easily relatable thanks to Nalwanga’s energy and spirit. Similarly, Nyong’o fares equally as well as Phiona’s strict but loving mother who is doing all she can to keep her children fed and sheltered, something that proves not as easy without resorting to more illicit means to garner funds. This is, without question, the best role Nyong’o has reaped since her Oscar-winning turn in ’12 Years A Slave’, and it only stands as a further reminder that this strong and beautiful performer deserves stronger acting vehicles.

Following on from the syrupy biopic ‘Amelia’ (2009) and the more politically-driven ‘The Reluctant Fundamentalist’ (2012), ‘Queen of Katwe’ is certainly the strongest project Nair has devoted herself in recent years, giving the film a vibrant and dynamic look whilst showcasing the chess sequences in a relatively intense manner. Perhaps 15 minutes too long ‘Queen of Katwe’ is still, nonetheless, a charming watch, buoyed by beautiful performances and a strong educational message that appears more organic than obligatory.