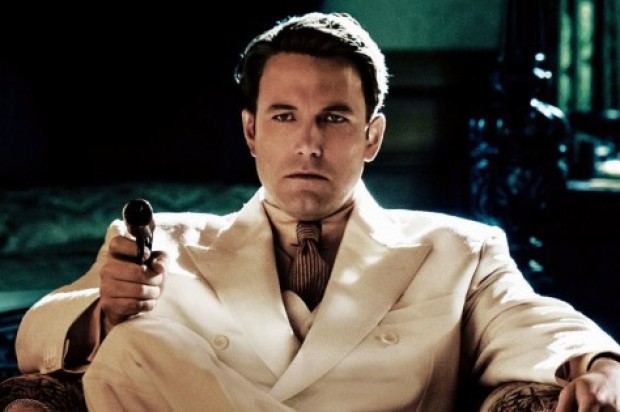 Ben Affleck’s latest effort ‘Live By Night’ is a perfectly solid crime thriller, even if compared to his previous directorial titles – ‘Gone Baby Gone’, ‘The Town’ and ‘Argo’ – it pales slightly in comparison. There’s a sense of compromise that laces the first hour or so of the film where certain story elements feel exorcised in favour of a tighter pace, and it’s obvious that Affleck has attempted to tell a story on a far more epic scale than what the final product reveals, but there’s no denying his strengths as a filmmaker, even with the film failing to live up to its potential.

Initially set in 1920’s Boston, the film focuses on WWI veteran Joe Coughlin (Affleck) who’s making his means as a low-level gangster. In spite of his police captain father (Brendan Gleeson), Joe is carrying on an affair with Emma Gould (Sienna Miller, adopting a neat Irish twang), who just so happens to be the mistress of a notorious gangster, Albert White (Robert Glenister). Despite warnings that all his wrongdoings will catch up to him, Joe has fallen head over heels for Emma and plans on running away with her to California in a bid to start anew; unsurprisingly this doesn’t come to fruition, even when Joe is offered to kill White at the request of White’s rival, Italian mob boss Maso Pescatore (Remo Girone).

Though this first act has all the ingredients worthy of a period crime film, there’s an uneven placement of footing on Affleck’s behalf; his character’s family life particularly seeming like an aspect of the film that had more to be explored. Thankfully it’s in the film’s second section that ‘Live By Night’ comes alive, following Coughlin’s rise as a leader in Ybor City in Florida under the guidance of Pescatore. Taking charge as a rum runner for Pescatore’s empire, as well as alluding to the introduction of gambling and drugs into the city, there’s a dominance instilled in Affleck’s portrayal that felt absent from earlier in the film; it’s also in these latter moments where his screenwriting skills (based off Dennis Lehane’s novel of the same name) are displayed to full effect as there’s a certain social awareness brought to proceedings in his commentary on how the enslaved are abused by the very people that rely on them.

Bolstered by a stellar musical score from Harry Gregson-Williams (‘The Martian’, ‘Prometheus’) and the lush cinematography from Robert Richardson (‘The Hateful Eight’, ‘Django Unchained’), ‘Live By Night’ is a gorgeous film to experience outside of Affleck’s impressive ensemble. While their material doesn’t always allow them to shine, both Gleeson and Miller deliver impressive turns, as do Chris Messina as Coughlin’s right-hand man and Zoe Saldana as Graciela, the sister of a local Cuban businessman who becomes Coughlin’s eventual wife. The film’s true MVP’s however are Chris Cooper and Elle Fanning, the duo delivering the type of performances that in any other year would be guaranteed award season contenders. Cooper, as a local sheriff, descends into heartbreaking madness over the course of the film, whilst Fanning as his junkie-daughter-come-born-again-preacher exudes a mix of candour and clout that only continues to certify her strengths as one of the industry’s most surprising performers.

The film may not always run as smoothly or as slickly as you want it to, and given the strength he displays in crafting action sequences it’s a shame Affleck didn’t inject a few more livelier moments to break up the occasional dreary pace, yet ‘Live By Night’ is still an entertaining picture that satisfies on its own merits outside of expectation from Affleck’s previous works.