CINEMA RELEASE: REVIEW :GET OUT 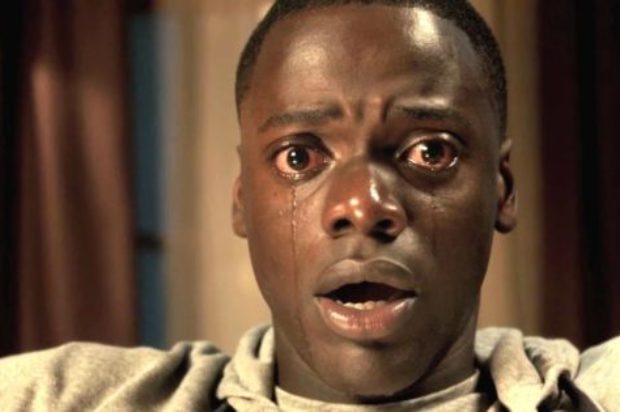 CINEMA RELEASE: GET OUT

Marking the directorial debut of Jordan Peele, best known for being half of the comedy duo Key and Peele, ‘Get Out’ is an unexpected venture for the predominantly comedic-experienced performer as his horror feature successfully subverts audience expectation. Playing out like a demented ‘Stepford Wives’, with well-balanced humour to offset the grisliness that ultimately rears its head, ‘Get Out’ is supremely assured and further proof that originality can still thrive within in the horror genre.

Acting as something of a sly social commentary on race, as well as revelling in its own ability to let the lingering dread burn slow, the film’s twisted ‘Guess Who’s Coming To Dinner’-type scenario sees Daniel Kaluuya’s sympathetic Chris gearing up for a weekend getaway to meet his girlfriend Rose’s (Allison Williams) parents. The two are evidently deeply in love, and both appear game for the respective parties to meet, but Chris can’t help but be slightly troubled by the fact that Rose has omitted to her parents that he is black.

It’s evident from the moment Chris and Rose arrive at her parent’s house that this family meeting will be anything but smooth sailing, but the initial beats present a promising nature as Rose’s father Dean (Bradley Whitford) does his best to make Chris feel at home; “I would’ve voted for Obama for a third time” is his go-to conversation starter. Rose’s mother Missy (Catherine Keener), a psychiatrist, is perhaps a little more reserved, and her interactions with the house staff – all eerily docile African Americans – fails to appease Chris’s mounting suspicion about the family’s intentions.

It goes without saying that much of the fun ‘Get Out’ has to offer its audience is in its ability to surprise, and if you can avoid any chatter about the film’s culmination you’ll be served well by the time the 100 minute running time is done. There are some dynamic set pieces on offer here, with scenes involving hypnotism proving the most effective, and though the film doesn’t go overboard on blood and gore it doesn’t fail to jolt a splash of brutality when needed. As tense as most of the film proves to be, Peele wisely cuts this with a B-plot strand involving Chris’s best friend Rod (Lil Rey Howery), a TSA cop house-sitting Chris’s dog who is convinced there’s something sinister going on with Rose’s family; a scene where he reveals his (very accurate) suspicions to a police officer is one of the more genuinely funny moments the film successfully peppers throughout.

Wherever the film travels however, it’s Kaluuya’s performance that consistently dominates; it’s hard not to assume his star will emphatically rise from this. Equally as impressive though is Williams as Rose, whose motivations within the story are murky at best, and the actress (best known for her work on the television series ‘Girls’) proves – like her director – stellar at destabilizing our prospects about her character. Betty Gabriel also deserves a special mention as Dean and Missy’s servant Georgina, who manages to convey both a sense of horror and helplessness with as little as her vicious stare.

I’m sure there were many that would have expected a more goofy approach to the genre from Peele when he first announced his intent, so the film’s sheer dominance in successfully evoking terror is felt that much harder as ‘Get Out’ proves to be quite the sophisticated scarer. Blending humour and horror without resorting to a spoof mentality or over-the-top gore isn’t always easy but Peele effortlessly showcases how it can be done – now do as the title suggests and ‘Get Out’ there to experience this modern classic-in waiting for yourself.