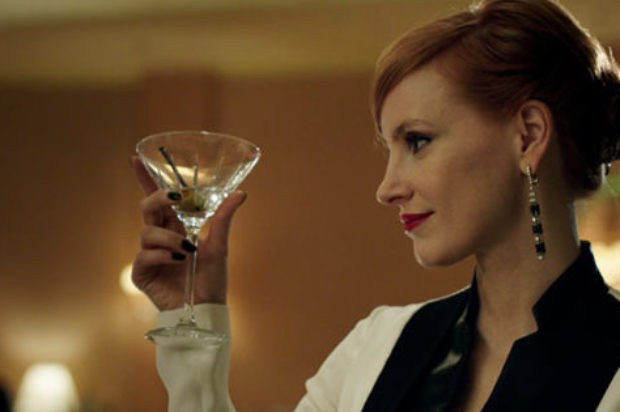 Within the opening seconds of ‘Miss Sloane’ it’s immediately clear that Jessica Chastain’s performance is what will drive the film to satisfactory fruition. Chastain’s heavy-talking, power-dressing, stern-faced Elizabeth Sloane will captivate you, and regardless of how positively or negatively you respond to the film itself, her undeniable charisma (exploited to the best of its ability) commands your attention; it just so happens that the film is equally matched in quality.

Returning to more serious fare after helming the two ‘Best Exotic Marigold Hotel’ features, director John Madden proves wise in building this fast-paced thriller around his leading lady, foregoing any fancy set-pieces in favour of a biting script that details Sloane’s intensely complicated psyche. Though the character may not be essentially likeable, it’s near-impossible to not slightly respect Sloane as she ascertains an unwillingness to bend her beliefs.

One of the most formidable and sought-after lobbyists in Washington D.C., Elizabeth Sloane has succeeded in her career due to her innate capacity to both ingest and inspire those around her, and when we first meet her she’s unquestionably the top-dog at a right-wing firm run by the particularly patriarchal George Dupont (Sam Waterston) and his smarmy underling Pat Connors (Michael Stuhlbarg). When asked to work for the gun lobby by Rodolfo Schmidt (Mark Strong), the principled CEO of a small firm, Sloane barely bats an eye when jumping ship, finding herself opposing the company players she knows all too well, who counteract this foresight with their own knowledge of her dirty playing tactics.

In any other film you could imagine Sloane’s character would have some form of personal motivation to dislike the gun lobby as intensely as she does, yet here it’s purely presented as an issue she cares about; the eventual discovery that a new colleague (Gugu Mbatha-Raw) is a survivor of gun violence however does allow Sloane to exploit this pain to push her own agenda. The notion that people are merely commodities is one Sloane adheres to, and it’s only fleeting when we witness the character’s vulnerability; moments between Sloane and Forde (Jake Lacey), a sex-for-hire escort (ironically one of the few characters with any integrity), offer a glimpse at her fragmented guise in some of the film’s more investing sequences.

Though there’s no denying this is Chastain’s film through and through, the ensemble cast working around her are all just as effective. Mbatha-Raw, possessing both the aptitude and attractiveness worthy of leading-lady status, delivers yet another emotionally affective performance as the unofficial right-hand to Sloane, Strong and John Lithgow earn showy support soles that provide ample material to chew on, and Lacey’s atypical involvement in the film highlights the bold, and realistic, script treatment of rejecting the typical notion that a female-led picture needs a tacked-on love interest.

Despite a lengthy 130-minute running time, ‘Miss Sloane’ never feels anything less than compelling, holding audience interest thanks to a mentality that is anything but indulgent. A last-minute plot twist is, perhaps, the only “Hollywood” conventionality the film submits to, but it’s that uninhabited and entertaining that it’s hardly enough to skewer your view of all that preceded it. Often both outrageous and provocative, and delighting in its ability to extract concentration from its viewers, ‘Miss Sloane’ is a supremely absorbing character-driven project that deserves a look-in for those seeking entertainment that refuses to talk-down to its audience. 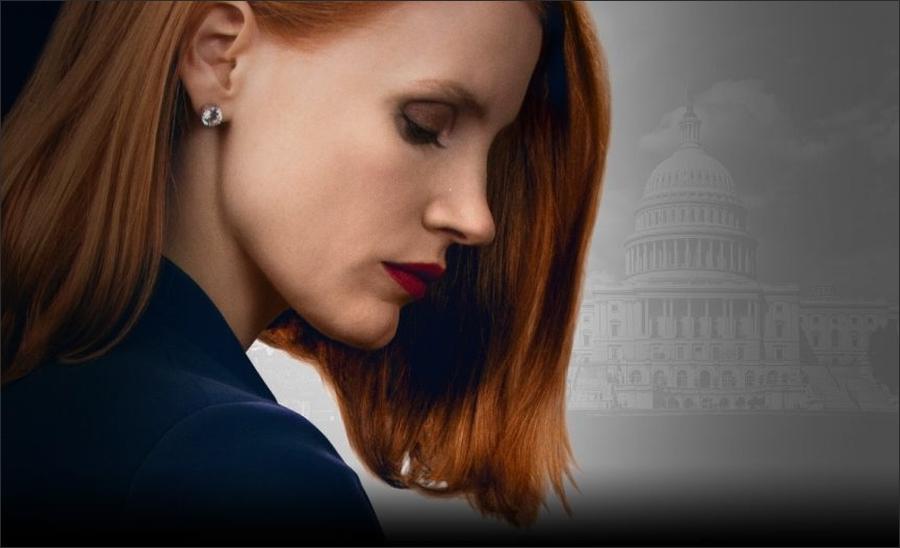