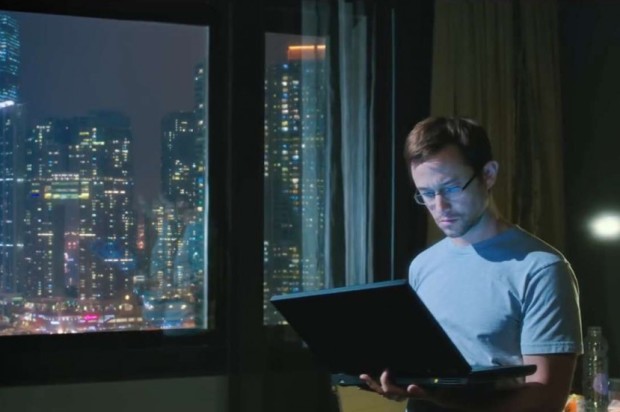 Given that his last few directorial titles have included ‘World Trade Center’ and the awfully misguided ‘Savages’, calling ‘Snowden’ Oliver Stone’s strongest movie in a while isn’t exactly the highest of praise. There’s an interesting story to be told – understandably given Edward Snowden’s background – but Stone doesn’t utilise any of the urgency needed to propel this biopic beyond its conventional constraints; a real shame given the hoard of talent he has managed to assemble here.

At times essentially re-enacting moments from Laura Poitras’s superior documentary ‘Citizenfour’, Stone’s topical picture fails to hit much of a nerve, perhaps because Snowden’s story is still far from over and feels a few years premature. Still, there’s no denying lead Joseph Gordon-Levitt’s dedication to portraying Snowden, the actor even lowering his vocal tone to match his counterpart, and had this been a stronger film you imagine his performance could’ve built traction come award season.

For those unfamiliar with Edward Snowden and just what he did to make him worthy of such focus, the film fills us in enough to garner somewhat of an impression of a man who’s a bit too intelligent for his own good. A computer professional who was recruited by the CIA before leaking top-secret documents from the NSA (National Security Agency) to the public, Stone’s picture begins with Snowden holed up in a hotel room detailing his rise into unexpected power to filmmaker Poitras (played here by Melissa Leo) and journalist Glenn Greenwald (Zachary Quinto). As he awaits figurative execution, we follow Snowden through his recruitment phase where it’s immediately apparent to his mentors at how brilliant a mind he possesses; Nicolas Cage and Rhys Ifans play two of the main figures who champion Snowden in his early CIA days, both unfortunately delivering performances that come off more comedic than what they should.

Whilst the government aspect of the film is where ‘Snowden’ fares better, Stone has devoted much of the film’s incessant running time (130 minutes if you don’t mind) to Edward’s relationship with his girlfriend Lindsay Mills (Shailene Woodley), something that sadly stalls the film from progressing further. Woodley is a capable actress, and the chemistry between herself and Gordon-Levitt is believable, but it’s all very one-note as we are never allowed to delve into what makes her character tick. Their love story moves at a rapid pace and apart from showcasing how often they have to move cities, there isn’t a great deal devoted to just what it is like to live with someone whose job is so classified.

If you’re completely adverse to documentaries then ‘Snowden’ might be worth your time but ‘Citizenfour’ ultimately details this story in a far more interesting manner. This isn’t a return to form for Stone either but he at least supplies the film with an adequate tone, evoking a fine performance from Joseph Gordon-Levitt in the process.