cinematic courtship romance Teresa Palmer The Choice by Caroline Russo | on February 8, 2016 | 0 comments | in Film Release & Reviews | Like it 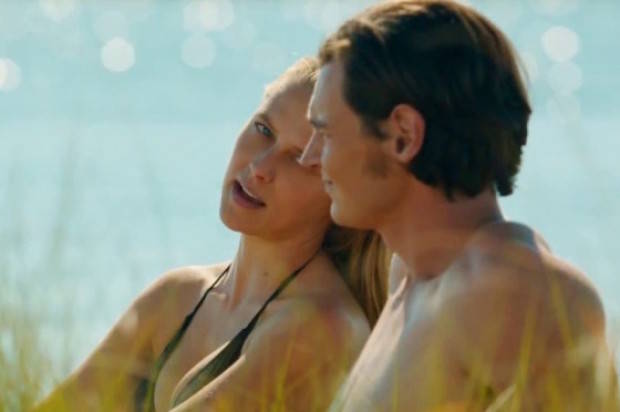 Picturesque sunsets, the twinkliest of stars, lush grass, the most sprawling of estates parked perfectly by the waterside…must be the landscape necessities for a Nicholas Sparks romance and wouldn’t you know it, the gang’s all here in spades for the latest weepy tale. The syrupy romance is here in full force with ‘The Choice’, and whilst it is far from Sparks’ best (that honour is still bestowed to ‘The Notebook’) it certainly isn’t the worst adaptation either (I’m looking at you ‘Safe Haven’).

From the get-go we are informed that the secret to life is apparently linked to the seemingly insignificant choices we make along the way, and in the staple Sparks setting of North Carolina we tolerate the boy-meets-girl tale of Travis Shaw (Benjamin Walker) and Gabby Holland (Teresa Palmer); he’s a perennial ladies’ man (somehow) and frustratingly appears more smarmy than charming, she’s a feisty medical student whose appeal moves little beyond her impressive physical assets. In terms of cinematic courtships Travis and Gabby’s is far from heart-warming, especially considering they each have respective partners when they willingly begin a romance together, and the glossy sheen director Ross Katz (who has production duties on ‘Lost In Translation’ and ‘Marie Antoinette’ to his name) applies comes off like a cheap ploy to make the film appear more romantic than it is.

The titular “choice” doesn’t come into proceedings until well past the 1 hour mark, by which time we have tolerated a good five-or-so years of Travis and Gabby’s sickeningly perfect life together, and
given it’s a Sparks novel it’s difficult to predict how happy an ending we will receive but it’s far from anything heavily affecting. With his exaggerated drawl Walker tries his best to be the epitome of a Southern gentleman but he sadly lacks any of the charisma previous Sparks-leading men have possessed though his chemistry with Palmer is suitable. As for the Australian beauty she’s a stunner no doubt, it’s just a shame she’s stuck with such uninspiring material. The supporting cast is impressive enough with Tom Wilkinson, Maggie Grace, Alexandra Daddario and Tom Welling filling out their clichéd characters with ease, with Grace easily garnering the most value as Travis’ no-nonsense sister.

I’m aware I haven’t divulged much information in terms of plot but ‘The Choice’ ultimately doesn’t present much of interest, and giving away said “choice” would be disrespectful to the Sparks fans who I’m imagining will lap this droll up the same way they have with his other back catalogue titles ‘The Best of Me’ and ‘The Longest Ride’. There’s little to recommend here but at the same time it offers material that’s fluffy, inoffensive, and perfectly kept in tone with what undemanding romance fans crave.