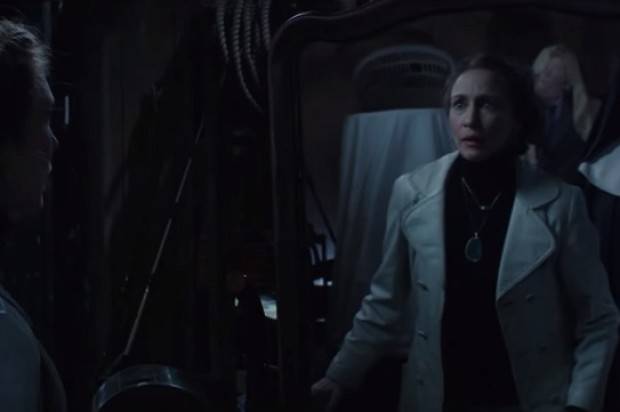 It’s fair to say that the unnecessary sequel has run rampant in 2016, and more often than not they have failed to match their predecessor both commercially and critically. In the case of ‘The Conjuring 2’, a continuation of 2013’s breakout scarer ‘The Conjuring’, we’re offered much the same of what made the original such a stand-out, but as familiar as it all is director James Wan (returning to his horror roots after making a stamp with ‘Fast and Furious 7’) proves his masterful skill at crafting not only genuine scares but displaying tenderness towards the characters he so brutally terrifies.

At 130 minutes it’s easy to argue ‘The Conjuring 2’ overplays it a little too much as it flirts dangerously with numbing its audience due to one too many jump-scare moments, but it’s ultimately a flaw we can suffer through as the film is firing on all cylinders, delivering more hits than misses when it comes to its horrific ingredients. Like its predecessor, the film’s entree sets the tone for a seriously creepy main course as it details a visit to the infamous Amityville house in Long Island, New York. Though not as effective as the Annabelle prologue from the first film, enough of an unsettling manner is laid out for the unnerving situation that awaits paranormal investigators Ed and Lorraine Warren (Patrick Wilson and Vera Farmiga).

Though they initially agree on retiring due to Lorraine’s constant psychic nightmares, the Warren’s are drawn back to their unique field of expertise when single mother Peggy Hodgson (Frances O’Connor) contacts them in the hope of saving her young daughter Janet (the rather excellent Madison Wolfe) who has been singled out by an incensed poltergeist who hijacks her body for relentless psychological and physical abuse. As we witness Janet helplessly give her body away to malevolent spirits, and wince at all the things that go bump-in-the-night in the Hodgson residence (the stray tepee Penny’s young son has erected in the home’s hallway will evoke many a nightmare), the film can’t help but feel encumbered towards its finale – much like the original – where all the tools that make Wan’s films so effective (blaring sounds, haunting visuals) are blended together to overload the senses; though, again, a minor criticism for a film that prides itself on genuine scares over an abundance of gore.

Overall, ‘The Conjuring 2’ is a wicked delight of a film, one that successfully scares its willing audience with vigour and glee. Additionally, Wan’s ability to make you care for his characters is what helps raise the film above traditional horror standards, and given that the genre is so unfairly overlooked, it’s a real treat for fans to indulge in a dark, atmospheric production that gets it so right.