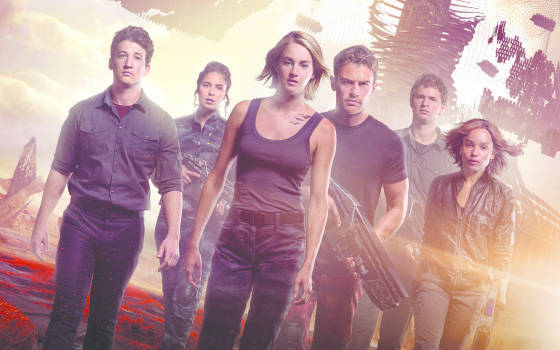 Settling itself between breakout young adult adaptations like the ‘Twilight’ and ‘Hunger Games’ series’ and failures such as ‘The 5th Wave’ and ‘The Mortal Instruments’, the ‘Divergent’ line has nabbed a faithful audience but hasn’t really established itself enough to form its own identity. Much like the aforementioned success stories in the YA franchise universe the decision has been made to split the final story in the series (‘Allegiant’) into two separate films. So far, this choice has purely been based on financial returns as the result has often been two mediocre films instead of one good one; or in the case of the final ‘Twilight’ entry ‘Breaking Dawn’, two awful films.

Surprisingly, ‘Allegiant’ has handled this option stronger than one would assume with this feeling like more of a complete picture on its own; the choice to film this and follow-up ‘Ascendant’ as separate shoots with different directors no doubt a contributing factor. Despite this feeling of completion, ‘Allegiant’ still very much plays out like a chapter in an overall story as it begins right where predecessor ‘Insurgent’ left off, and if you haven’t seen any of the other ‘Divergent’ films you certainly won’t be brought up to speed here. As we said an abrupt goodbye to Kate Winslet’s icy villain Jeanine and were introduced to Naomi Watts’ questionable Evelyn, series heroine Tris (Shailene Woodley), her beau Four (Theo James) and the handful of other attractive survivors (Zoe Kravitz, Miles Teller and Ansel Elgort) traipse around a bright, obviously computer-generated post-apocalyptic wasteland where they discover the faction system that had defined them as a nation was nothing but an engineered lie born from the mind of the deceitful David (Jeff Daniels) as a means to determine whether or not genetically damaged beings can be redeemed.

For reasons that only benefit the running time of the film Tris, who is deemed genetically pure, can’t see the clearly villainous intentions of David and so a great deal of the film has her sidelined, leaving Four to fill the action quota as he tries to uncover David’s true intentions. It’s all rather standard stuff but it’s perfectly serviceable as the action sequences are entertaining and the nuggets of plot points dropped casually throughout are interesting enough to keep us invested. Woodley and James make for a fine duo, though surprisingly they are stronger as two individual entities than a combined one as they never look quite comfortable enough as a couple. Support wise ‘Allegiant’ is stacked plentiful but apart from newcomer Daniels, who plays smug so well, there isn’t a whole lot for proven names like Watts and Octavia Spencer to do; Watts’ back-and-forth between saint and sinner doesn’t help define her character in the slightest.

‘Allegiant’ won’t be the entrant to change anyone’s mind on the series as a whole but fans should lap it up accordingly as it builds a bridge neatly towards the final chapter, one that will hopefully leave faithful audiences satisfied.