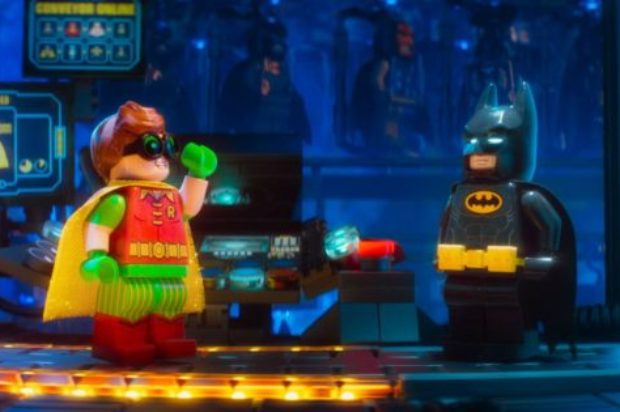 A movie that could have easily gone awry due to its one-joke premise and “cash-grab” mentality following the mammoth success of ‘The Lego Movie’, ‘The Lego Batman Movie’ defies expectation by being a surprisingly witty and consistently amusing production.

Though it does slightly feel like a series of comedic skits strung together, ‘The Lego Batman Movie’ is nonetheless an extremely clever outing due in large part to its references on the past Bat-men that have come before; 1989’s ‘Batman’ is given a neat sting with one character noting how stupid the Prince music was. Additionally, the recent roster of some of Warner Bros. biggest properties are alluded to with the Joker (voiced here by Zach Galifianakis) assembling his own ragtag team of super-villains – sound familiar?

Though ‘The Lego Batman Movie’ succeeds at referencing other films, the quintet of writers on board (including ‘Dark Shadows’ scribe Seth Grahame-Smith and Chris McKenna of TV’s ‘American Dad’) manage to fuse it all together with a major arc that sees the particularly narcissistic Batman (voiced to cocky perfection by Will Arnett) in danger of losing his position as Gotham City’s sole saviour when the newly appointed commissioner, Barbara Gordon (Rosario Dawson), devises a plan for the police and the caped crusader to work together.

It goes without saying that Batman has no time for this plan, and the majority of the 100 minute running time is devoted to him going as far out of his way as possible to make Barbara’s plans obsolete; along the way he inadvertently adopts jovial man-child Dick Grayson aka Robin (an excitable Michael Cera) which both helps and hinders his strategy. As simple as the plot is, the production crew (headed by ‘The Lego Movie’s animation supervisor Chris McKay) have stacked the film so full of inexplicable jokes and set-pieces that it ultimately feels more complicated than it is.

For those who embraced ‘The Lego Movie’, and specifically Arnett’s take on the Dark Knight, ‘The Lego Batman Movie’ will be all you require and more. It helps if you have knowledge of the Bat-universe though – even the 1960’s Adam West series is given a nod – as this film banks heavily on fan reaction, and as colourful as the film is aesthetically there’s little audible humour aimed at younger audiences.

An incredibly dizzying experience that deservedly earns second-viewing status thanks to the heft of visual gags and sharp one-liners, ‘The Lego Batman Movie’ is sharper, funnier, and more entertaining than it has any right to be.