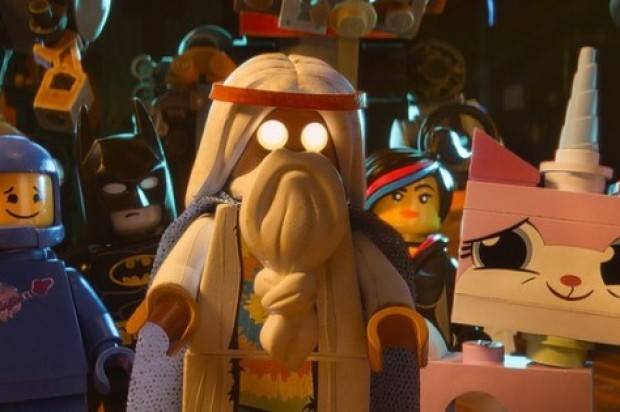 CINEMA RELEASE: THE LEGO MOVIE
Release date: 3rd April 2014
Directors: Chris Miller and Phil Lord
Cast: Chris Pratt, Morgan Freeman, Will Ferrell, Elizabeth Banks, Nick Offerman, Alison Brie, Will Arnett, Charlie Day
Classification: PG (Mild Animated Violence and Crude Humour)
Review by Peter Gray
As seems to be the case with most animated films of late, ‘The Lego Movie’ straddles the line between catering to children and pleasing the adults. Not only does it achieve this feat successfully, it knocks it completely out of the (construction) park delivering a sense of wonder to all those in its audience with an infectious balance of wit and vitality.
With the film managing to incorporate a parade of fantastical LEGO worlds – the Wild West and Middle Zealand being two of the highlights – and characters, with the special edition superhero LEGO figures getting a healthy look-in, you have to hand it to the writer/director team of Phil Lord and Chris Miller (‘Cloudy with a Chance of Meatballs’, ’21 Jump Street’) for not only fitting it all in but ingeniously pulling it off. The story itself is strange to say the least but it’s all so imaginatively realised that you can’t help but fall for its appeal.
Emmet Brickowski (voiced by Chris Pratt) is a construction worker in LEGO land where all he wants to do is fit in and be noticed. He follows the rule book, he’s polite to everyone and he seems to love nothing more than ‘Everything Is Awesome’, the most popular song on LEGO radio that seems to be on constant repeat. President Business (Will Ferrell) is the almighty ruler of LEGO land, and though he appears to everyone in the city as a loving and caring leader, it’s clearly evident he has a more sinister plan, one that involves a mysterious weapon known as the “Kragle”. Unintentionally aligning himself with a LEGO piece that many believe to be the key to stopping the “Kragle”, Emmet is forced into the position of saviour, or “the special” as he’s dubbed, by Vitruvius (Morgan Freeman), a God-like ruler of one of the LEGO underworlds, and his cohort Wildstyle (Elizabeth Banks).
As I said, the story is strange but its ever-so delightful, and Lord and Miller manage to effortlessly balance a hoard of characters without sacrificing the main focus. In addition to Vitruvius and Wildstyle, there’s the likes of Benny (an enthusiastic Charlie Day), or ‘1980-something Space Guy’ as he’s known, Princess Unikitty (Alison Brie), a unicorn-kitty hybrid harbouring some serious rage issues, and the pirate Metal Beard (Nick Offerman) all of whom unite with Emmet to stop President Business – or Lord Business when he’s in his evil mode. These quirky characters are rightfully profiled as strong support, as is the brilliant Good Cop/Bad Cop (Liam Neeson), a two-faced police officer who serves Lord Business much to his own dismay. As for the aforementioned superhero figures, Batman (Will Arnett) is the most prominent, and the film is all the better for it, but the likes of Wonder Woman (Cobie Smulders) and Superman (Channing Tatum) provide humorous cameos alongside a seemingly endless of other characters that I dare not spoil here.
One thing that is really striking about ‘The Lego Movie’ are the visuals, this world is so vividly imagined that you’d be forgiven for wanting to go out and purchase a LEGO box for yourself, and the 3D allows for a more immersive experience as opposed to being more of a gimmick where bits and pieces fly out at you for no other reason than to justify the format, something that very easily could’ve been done here. Thankfully though, as gorgeous as it is to look at, the story is never sacrificed with Emmet’s plight being one that can resonate with all its audience, and its theme of breaking free from your own solitude and loneliness is recognised without it being shoved down our throats. There really is a great sense of heart at ‘The Lego Movie’s core, and Pratt’s voice work is absolutely perfect in his conveyance.
‘The Lego Movie’ is near-perfect in the sense that anyone who has played with LEGO in whatever shape or format should be pleased with any one of the creative aspects put forward. Warm and emotional, hilarious and kinetic, ‘The Lego Movie’ is simply a blissful celebration of childhood and imagination that knows no bounds in who it will affect. As the incredibly infectious song tells us ‘Everything is Awesome’ – and this movie surely is!
My rating 4.5/5 (Awesome!)