Idris Elba Kate Winslet romance the mountain between us by Caroline Russo | on October 12, 2017 | 0 comments | in Film Release & Reviews | Like it 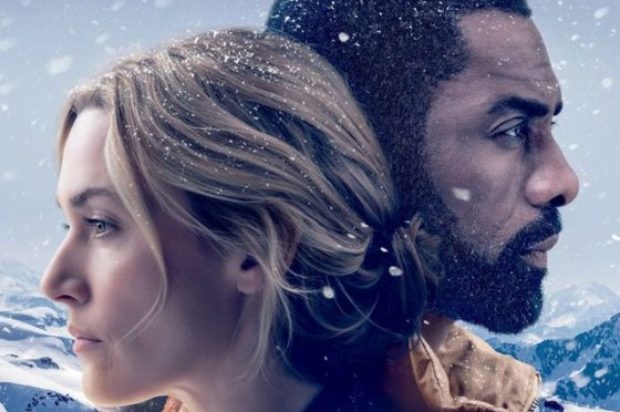 Based on Charles Martin’s novel, ‘The Mountain Between Us’ thankfully manages to avoid any overt Nicholas Sparks-style romance sappiness by injecting a healthy dose of peril and intensity into its core love story. Anchored by a duo of committed performances from the always reliable Idris Elba and Kate Winslet, Hany Abu-Assad’s epically-scoped drama proves a far more entertaining venture for those expecting a soft-hearted tale.

Within minutes of the film opening we are thrown into a rather treacherous situation when Elba’s gruff, closed-off doctor Ben Bass and Winslet’s inquisitive photo journalist Alex Martin are involved in a plane crash that strands them in the icy wilderness of Northeastern Utah; the two strangers chartering a private two-seater after learning all other flights have been cancelled. The crash sequence itself is suitably tense and well-executed, and as much as audiences may dread the thought of watching a film that is essentially a two-person show (well, three if you count the personality-plus labrador that is stranded with them), Elba and Winslet, as well as the stunning snow-drenched scenery, never falter to allow the film a moment to underwhelm.

As much as we all expect Ben and Alex to become romantically involved with one another, ‘The Mountain Between Us’ manages to subvert our expectations for a decent portion of the running time as their opposing personalities paint the way for two people merely tolerating each other for the sake of survival; her impending wedding and his marital status also playing into effect. The script from Chris Weitz (‘Cinderella’, ‘Rogue One: A Star Wars Story’) and J. Mills Goodloe (‘The Age of Adaline’) descends into expected cheesiness in the final moments, but prior to that the film’s main focus is on their survival, with their efforts to overcome starvation and tend to their crash wounds largely earning attention.

Whilst the film’s epilogue overstays its welcome in its duration, and perhaps proves a bit too mawkish, ‘The Mountain Between Us’ is nonetheless a slick, adult-oriented drama that should play well to the date-night crowd seeking a film that doesn’t entirely pander to them but satisfies their romance needs in the process.