crime jo nesbo Michael Fassbender the snowman thriller by Caroline Russo | on October 18, 2017 | 0 comments | in Film | Like it 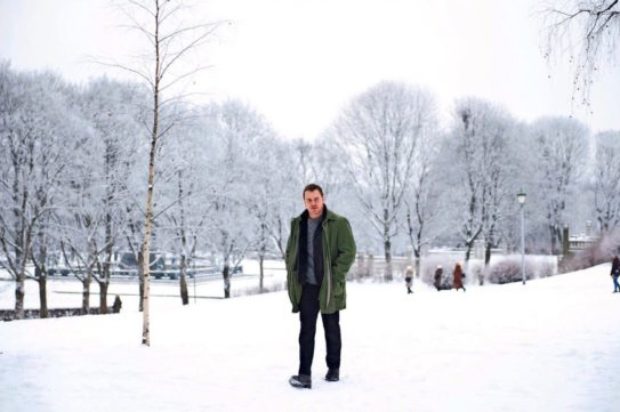 Homed within the compounds of ‘The Snowman’ lies ingredients enticing enough to appease the appetites of any crime genre enthusiast. The wintery setting of a white Norwegian landscape, the Jo Nesbo written plot centred on a serial killer who strikes when the snow falls (Nesbo wrote the original novel, Peter Straughan and Hossein Amini earn screenwriting credits), and Michael Fassbender leading the charge as an unorthodox detective all tease individual greatness but sadly fall short of their potential when merged together.

For much of the film’s duration director Tomas Alfredson (‘Tinker Tailor Soldier Spy’) builds tension, albeit slowly, as he places the pieces of his jigsaw out for us to solve. Red herrings abound as the (somewhat-chilling) opening sequence introduces us to a young child suffering at the hands of an abusive carer; the tragedy that unfolds before the opening credits grows more relevant as the film plays out. When we meet Fassbender’s Harry Hole, his self-destructive behaviour is on full view, and as much as the film alludes to his brilliance as a detective, sadly we as an audience never witness it firsthand; Rebecca Ferguson’s eager Katrine Bratt refers to his illustrious career as a staple of her studies in the academy, even though she ultimately comes off as the more professional of the two.

The two are thrust together when a series of gruesome murders start taking place, with the eerie calling card of a snowman assembled at each crime scene to assure Hole they’re connected. The victims are all women but there appears to be more than just their gender as a reasoning for their deaths, and, admittedly, the script introduces just enough off-kilter characters to keep us guessing as to who the titular murderer is; is it David Denick’s letcherous doctor? J.K. Simmons’ predatory philanthropist? or perhaps James D’Arcy’s grieving husband? The film provides no shortage of potential suspects, but as fun as it is in guessing just who, the involvement of any surplus characters ultimately highlights the script’s unnecessary reasoning for their introduction beyond faux suspicion.

There’s a certain laziness practiced in ‘The Snowman’ that prevents it from being a genuinely worthwhile thriller. There’s complexity in its story, though it ultimately proves simple. The performances are nearly all uniformly sound – save for a bizarre, indecipherable turn by Val Kilmer – but the characterisations are unfinished. And there’s well executed tension that can’t help but feel limp when the culprit reveals themselves in a rather anti-climactic face-off that voids itself of anything genuinely atmospheric.

An imperfect slice of chill-induced celluloid that squanders its potential as a top-rated thriller and settles as a B-grade telemovie (with a budget and bigger cast) instead, ‘The Snowman’ is, disappointingly, not the slick effort it should be but rather an example of how the individual chapters of a book can satisfy on their own accord without managing the skill of how to piece themselves together.