CINEMA RELEASE: UNDER THE SKIN 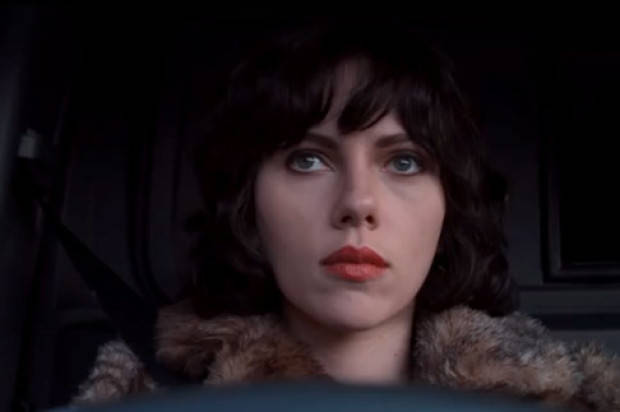 CINEMA RELEASE: UNDER THE SKIN

Undoubtedly one of the films of 2014 to divide audiences and critics alike, ‘Under The Skin’ takes a basic plot – an alien in human female form trawling Scotland to lure men to her nest – and plays with it in a way that almost defies you to not enjoy yourself. Much will be made about the film for the fact that Scarlett Johansson appears nude but director Jonathan Glazer (who directed the similarly reviled ‘Birth’ in 2004) has handled the film with a distinct style and flavour that revokes any form of eroticism.

The first half of the film is more of the same as we witness Johansson (whose character is never given a name) drive around in a non-descript van, randomly stopping to engage with local Scottish men with the intent of enticing them back to her lair to presumably consume them. Just why she is doing this is never explained, and apart from the scenes she shares with her potential victims (all of whom were non-actors unaware in the initial stages they were in a film) Johansson rarely speaks. As we watch this turn of events unfold over and over again, complete with the heightened sequences of the men being consumed which is presented with them disrobing and following Johansson into darkness before they sink in to some form of fluid that attacks their insides, you’d be forgiven for accusing ‘Under The Skin’ of being meandering and self-indulgent.

Eventually Glazer offers up something of interest when the film introduces a young man suffering from facial disfigurement who appears frightened by the kindness Johansson shows towards him, leading to her character seemingly growing conscious of her human form. You shouldn’t expect anything profound with this change but it at least offers up a shift in its pacing – which I should add is deliberately slow. Once Johansson attempts to humanise herself ‘Under The Skin’ travels toward a finale that will leave viewers either frustrated, in awe or a hybrid of both.

As easy as it is to attack the film, there can’t be any denying at how interesting it is. Visually it is superb and the score from experimental composer Mica Levi is simply astonishing, and one of the most haunting I’ve heard in a great while. There are so many reasons to reject ‘Under The Skin’ and I wholeheartedly understand the resistance to accept this science fiction work of art, but I appreciated the craft behind it all and it’s been one of the few films whose imagery has stayed with me long after I have left. A difficult film for me to recommend, ‘Under The Skin’ should be approached with caution but respected all the same.