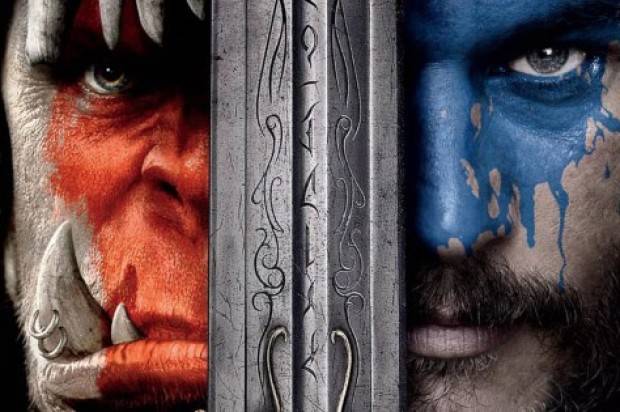 As someone completely unschooled in the world of ‘Warcraft’, I entered the filmic adaptation of the popular video game franchise with an open mind and no expectations. On its own merits it’s a perfectly serviceable action/fantasy opus that’s heavy on CGI and spectacle but short on much else – not that that is necessarily a bad thing. A movie like ‘Warcraft’ isn’t made to tell a fascinating story or keep viewers emotionally invested, it’s here purely to entertain, and though a lot of what transpires on-screen has been seen before (elements of ‘Lord of the Rings’, ‘Harry Potter’, ‘Avatar’ and ‘Game of Thrones’ can arguably be noted) it doesn’t detract from the film overall.

I’m sure the filmmakers had every intention of crafting the film to the desires of the devoted game fan-base and, perhaps, this is the biggest issue as the aforementioned familiarity ‘Warcraft’ has with other fantasy titles lends itself to how similar it all feels to unaccustomed audience members. I chose to look beyond that and watched ‘Warcraft’ for the fluffy, shallow, entertaining piece that it was. The story – if it matters – is simple but feels spectacularly complicated with all the subplots merging together in one cluster of hopeful momentum that’s alarmingly heavy on exposition. In the land of Draenor, a civilisation of creatures known as Orcs seeks to flee their dying world and start anew in a fresh landscape. Infused with the power of dark magic Orc leader Gul’dan (Daniel Wu) brings his race together to transport through a portal that leads to Azeroth, home of the humans, where his intention is to eradicate them. Looking to counter-act these attacks is one of Azeroth’s military commanders, Lothar (Travis Fimmel), brother-in-law to the King (Dominic Cooper), who seeks guidance from the mystical wizard Medivh (Ben Foster) in his attempt to stop Gul’dan from enslaving all humans.

Despite all the attempted heavy-handedness in its storyline, ‘Warcraft’ doesn’t offer up any characters we feel remotely connected to or care for in any matter, but I say that as an observation rather than a criticism because this film knows exactly what it wants to do in terms of aesthetics. Sure there’s a bit too much dialogue, and a forced romance angle between Lothar and half-breed Orc Garona (Paula Patton) is wildly misguided and uncomfortable, but as far as visual sumptuousness goes, ‘Warcraft’ is a winner. I can’t imagine experiencing this film any other way than in 3D, and I wager that a large chunk of enjoyment will come purely from this gimmick. There’s word that director Duncan Jones (‘Moon’, ‘Source Code’) has an edit of the film that’s 40 minutes longer which includes further character development, and given how often the film presents sequences that feel a little underdone there’s a chance the director’s cut could only enhance ‘Warcraft’ to the type of film it should be. Perhaps the eventual home release will tell all?

As it stands though ‘Warcraft’ is far from perfect but I can’t deny the enjoyment I had watching the ridiculousness of it all unfold, and Aussie ‘Vikings’ star Fimmel is certainly worth the admission price alone, delivering a performance that feels slightly intoxicated as he channels a young Brad Pitt or a tolerable Johnny Depp, with a series of odd quirks that liven up his basic protagonist. Though far from a cinematic necessity, if you do so desire to travel to this world, do so in the third dimension.