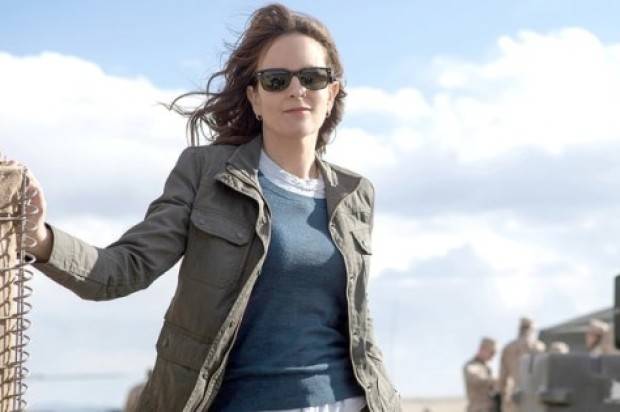 Based on Kim Barker’s memoir “The Taliban Shuffle: Strange Days in Afghanistan and Pakistan’, ‘Whiskey Tango Foxtrot’ may trivialise some of Barker’s musings but the heart and soul of her words remain the same. Though doused in an air of rich wit and dark humour, the horror of war is fully realised and the film, courtesy of directing duo Glen Ficarra and John Requa (‘Crazy Stupid Love’, ‘Focus’), never sacrifices this element in favour of its comedic slant. 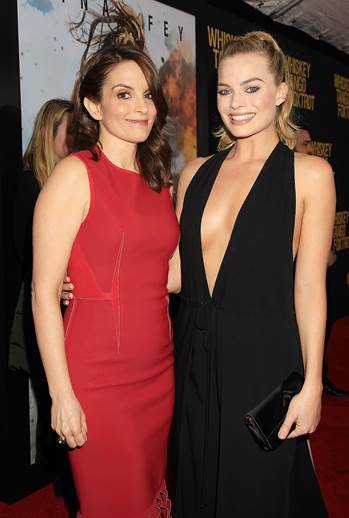 Following an opening sequence depicting a drug and booze-fuelled party in the media barracks of Afghanistan – one that is cut short by the sound of a detonation – we are taken 3 years prior to when (a renamed) Kim Baker (Tina Fey) is offered the chance to cover the war in Afghanistan over a 3 month period due to the recent overshadowing events in Iraq. Bored of her desk job and her “borderline depressive” boyfriend (Josh Charles), Kim sets off for Kabul for what will ultimately be the most liberating experience of both her personal and professional life.

Given all the sobering consequences one can experience amongst the harsh realities of war, it’s easy to see why unbridled partying and a heavy reliance on sexual contact become a focus for the westerners working in Afghanistan; Margot Robbie’s glam British news queen Tanya Vanderpoel proves a classic example of their priorities as her first meeting with Baker results in asking if it’s OK that she beds Baker’s head security officer (Stephen Peacocke). This focus could easily detract credibility from Barker’s recounts but it’s an element we, like Kim, buy into.

The film’s pacing feels somewhat episodic as it attempts to cover a great deal of ground, and although there are many events that take place, you could argue there isn’t an organized plot at the centre of Robert Carlock’s script. Screenplay polishing aside, ‘Whiskey Tango Foxtrot’ is a well-constructed film held together by an efficient cast (a hard-nosed Billy Bob Thornton, a shining Martin Freeman, and an entertaining Alfred Molina round the ensemble out) and a deep respect for a country so clearly misunderstood.