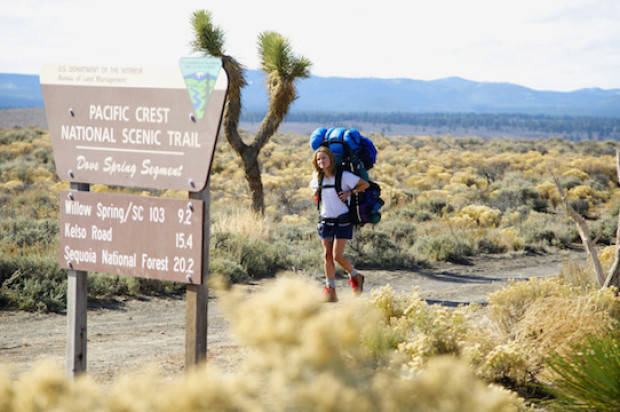 The last few Reese Witherspoon vehicles haven’t exactly done the actress any favours, so a feature like ‘Wild’ was always going to stand considerably higher than the likes of ‘This Means War’ and ‘The Devil’s Knot’, but not only is it the best thing Witherspoon has done since her Oscar winning turn in ‘Walk The Line’, it’s possibly the best role she’s ever taken on.

A meaty part if ever there was one, ‘Wild’ adapts the memoirs of Cheryl Strayed, an American novelist whose book ‘Wild: From Lost to Found on the Pacific Crest Trail’, which detailed her 1100 mile hike from the Mojave Desert to the Oregon-Washington border, is the basis of the film that presents Strayed as a deeply flawed woman trying to hike her way towards self-redemption. As played by Witherspoon, Cheryl is a self-destructive being doing whatever (and whoever) she can to suppress the lingering pain of her mother’s death.

It’s easy to see why Witherspoon would gravitate towards a feature like this as it allows her to shake the good-girl/rom-com image she’s seemed unable to shed throughout her career; the role moving her in directions she hasn’t explored since her earlier, more edgy work such as ‘Freeway’ (1996) and ‘Election’ (1999). It’s to Witherspoon’s credit that we like this character as much as we do as flashback sequences detail her incessant drug-use and serial cheating on her husband, and as profoundly flawed as she is, you want to see her succeed on this journey.

This is very much Witherspoon’s show and director Jean-Marc Vallee (‘Dallas Buyers Club’) has a great feel for the material, but outside of this is the incredibly moving Laura Dern as Strayed’s mother. Described in the film as the love of Cheryl’s life, Dern portrays the character with such warmth and honesty that, like Cheryl, you only want to see the best for her which ultimately makes her fate that much harder to digest. Though it’s not the showiest part, it’s understandable how Dern has netted herself a Supporting Actress nod at this year’s Academy Awards.

Though it could be easy to dismiss ‘Wild’ as a clone of similar-set material like ‘Into The Wild’, a 2007 biographical drama detailing one man’s travels across North America, Vallee’s film has a different feel to it entirely, even when covering related ground, such as the handful of assorted characters Strayed encounters during her hike. As he proved with Matthew McConaughey in ‘Dallas Buyers Club’, Vallee is capable of evoking uncompromising performances from often dismissed talent, and what he and Witherspoon achieve in ‘Wild’ is nothing short of extraordinary.