CINEMA REVIEW: A WRINKLE IN TIME 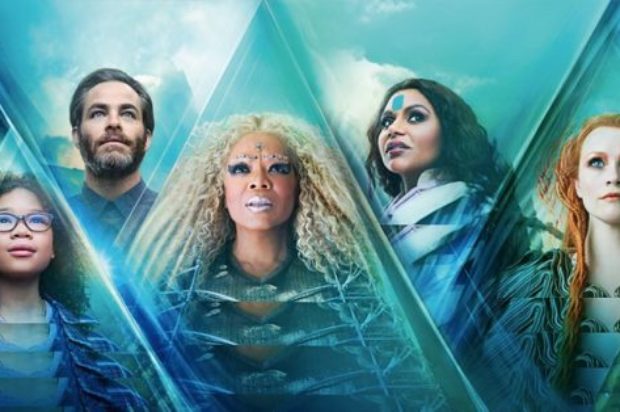 CINEMA RELEASE: A WRINKLE IN TIME

There were many that deemed Madeleine L’Engle’s classic novel ‘A Wrinkle In Time’ “unadaptable”, and despite the best intentions from director Ava DuVernay (‘Selma’) this big budget effort from the House of Mouse fails to lift itself off cohesively. There’s an off-centre balance to proceedings here with so much exposition and detail on the possible foldings of time presented within the first 20 minutes, you’d be forgiven for being completely lost.

I’ve honestly forgotten much about the book since reading it as a youngster so it’s difficult for me to note how faithful it is to the prose, but taking ‘Wrinkle’ on its own merits, it’s a frustrating yet obviously ambitious production that bites off far more than it can chew. DuVernay herself has stated that she has made this film specifically for young girls, so it goes without saying that I’m far removed from that demographic, however I can still appreciate a film for its worth, and I can’t imagine many young viewers coherently following what DuVernay and screenwriters Jennifer Lee and Jeff Stockwell have attempted here.

From what we can gather, scientist Alex Murry (Chris Pine) has disappeared whilst studying astrophysics, and his wife Kate (Gugu Mbatha-Raw) and daughter Meg (Storm Reid) believe he has been teleported to another world in the process. Sounds logical, right? Turns out daddy dearest has solved the question of humanity’s existence, and a trio of astral travellers – Mrs. Which (Oprah Winfrey), Mrs. Who (Mindy Kaling), and Mrs. Whatsit (Reese Witherspoon) – have come to Earth to inform Meg and her younger brother Charles Wallace (Deric McCabe) of this very fact, leading them on an other-worldly quest to retrieve him.

As to be expected, it isn’t entirely surprising that all will work out in the end for the Murry clan, but in typical perilous Disney fashion, a safe sense of danger is applied, even if all doesn’t entirely make sense. A universe-spanning evil known as “The IT” (voiced by David Oyelowo) is revealed to be the diabolical mastermind behind Alex’s disappearance, and Meg is ultimately the only person to stop it, having to tap into the confidence she believes she lacks to overcome its power. You have to hand it to ‘Wrinkle’ for empowering young females in this aspect as it drives home the importance of self-acceptance, but it’s presented in such a messy manner that it doesn’t come off as organic.

Similarly, so much of the script feels unnatural that the performances often suffer from forceful delivery. Reid is very much the film’s lifeline, and thankfully she delivers enough that the film essentially only survives because of her pluck and dedication. Less can be said about McCabe as her younger brother however, with the young actor adopting a precociousness that grates which in turn proves a massive disservice to his performance. Of the three astral figures it’s Winfrey that fares the best, even if her performance is essentially sprouting inspirational quotes that aren’t far removed from her usual shtick, with Witherspoon’s upbeat campiness and Kaling’s character’s insistence on speaking in platitudes leaving much to be desired.

As harsh as I appear to be on this film, I can’t fault the intention from DuVernay and the clear passion she has for this material. It’s bold and brave in its attempt to try something new, but it’s clearly a case of becoming lost in translation as the evidently important message of self-worth becomes entangled in a mess of disjointedness.