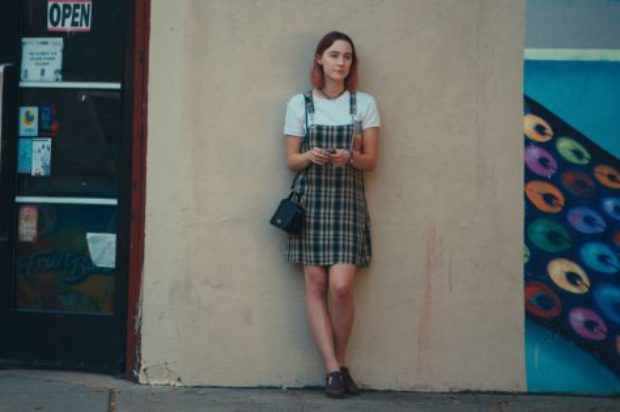 Whilst the themes explored in Greta Gerwig’s ‘Lady Bird’ may not be entirely original, the sense of freshness and honesty injected into the script and performances allows the film’s familiar story to play out with a stimulating warmth that feels entirely like Gerwig’s own.

Sweet, quirky, righteous, uncomfortable…just as many adjectives that describe the film feel appropriate to relay to its titular character, a snappy teenager on the verge of exploring her future with immense uncertainty. Dubbing herself Lady Bird, Christine McPherson (Saoirse Ronan) is in her final year of high school in 2002 Sacramento. Initially seeming somewhat comfortable with her not-so-social status, Christine’s rebelliousness brims to the surface when she and her best friend Julie (the delightful Beanie Feldstein) join the the school’s theatre program.

Though typically the setting for comedic melodrama and geeky punchlines, the theatre production seems to awaken a nastiness within Christine, a trait hinted at throughout the film in the representation of her relationship with her mother, Marion (Laurie Metcalf); their war of words ringing eerily relatable throughout. The downfalls of trying to impress the wrong people, turning on those who love you, and the awkwardness of falling in love and acting on the appropriate desires (Lucas Hedges and Timothy Chalamet both play significant roles in the B-plot strands regarding Christine’s first sexual experiences) are explored throughout, and though Gerwig herself has stated her own high school self was far removed from the boldness instilled in the character of Christine, there’s still very much a truth she has injected into these characters which keeps proceedings grounded, even when situations feel a little too far removed from reality.

As much as this is Ronan’s show, ‘Lady Bird’ wouldn’t be able to make as much impact (as both the character and the film overall) without the wonderful support cast, particularly Metcalf as Christine’s no-nonsense mother. No shame in saying what she means and following through on her instincts regardless of consequence, the butting of heads between the two is perfectly summarised in a single line of dialogue from Christine’s father (Tracy Letts, also delivering fine work) – “You both have such strong personalities”.

A sincere film, despite the genre conventions often displayed, ‘Lady Bird’ is a confident production from the evidently assured Gerwig whose conviction as both writer and director is perhaps the film’s most triumphant ingredient.