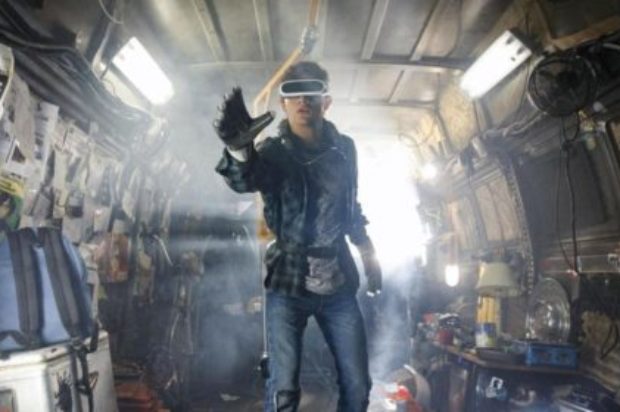 Ernest Cline’s ‘Ready Player One’ was a divisive novel upon its release in 2011. To some it was just an assortment of pop culture references held rather loosely together via a plot that seemed akin to ‘The Matrix’, others deemed it a love letter to the media of the 1980’s, with Cline’s vision very much in tune with a cinematic mentality. Given this, it’s unsurprising that Steven Spielberg has taken on directorial duties for its theatrical adaptation, with Cline so evidently influenced by the filmmaker’s filmography.

Spielberg’s clout as a director is probably one of the main reasons this film was able to get off the ground, as there’s that much licensing to contend with (King Kong, Robocop, Freddy Kruger and Chucky from ‘Child’s Play’ are all featured) you can imagine his position as one of the industry’s top players made it a far smoother process than one would expect; the director also downplaying his own back-catalogue with a welcome restrain on self-referencing.

The reasoning for so many references to be comes about through the character of Halliday (Mark Rylance), the deceased creator of OASIS, a virtual reality existence that the Earth’s populace have become accustomed to tapping into following climate change and overpopulation. A fan predominantly of 1980’s films and games, Halliday has littered this world with characters and references, and has promised a lucky citizen the deed to the OASIS should they locate a series of Easter Eggs hidden within. Unsurprisingly there’s an evil corporation (IOI, headed by Ben Mendelsohn’s smarmy Nolan Sorrento) who wish to claim the OASIS for their own gain, whilst Tye Sheridan’s slum-living Wade Watts wishes to earn the prize so he can escape his lowly existence.

Compared to Cline’s novel, the first third of Spielberg’s vision is rather faithful (no doubt something that will please fans) but a particular shift to focus on one of Wade’s OASIS cohorts, a female avatar known as Art3mis (Olivia Cooke), changes the dynamic of the story, allowing both the romance angle between the two and the character of Art3mis herself more weight.

As much as ‘Ready Player One’ tries to humanize itself though, it can’t help but feel surface-level superficial as you strip away all the references, and what exactly are you left with? So much of the film banks on the familiarity of its many call-outs, and it’s likely that fans of the nostalgia will get more out of it than the casual movie goer who may be surprised that the 140 minute running time is devoted more to the animated world of the OASIS rather than the live-action of their legitimate presence.

Perhaps not a film that will stand as strongly as it wants on its own merits, it’s difficult to not be impressed with what Spielberg has created here, delivering the best version of Cline’s work as possible. This won’t rank as one of Spielberg’s finer works, but the fun he had in making ‘Ready Player One’ is evident, and it’s hard not to imagine the specific audience targeted not enjoying themselves throughout.