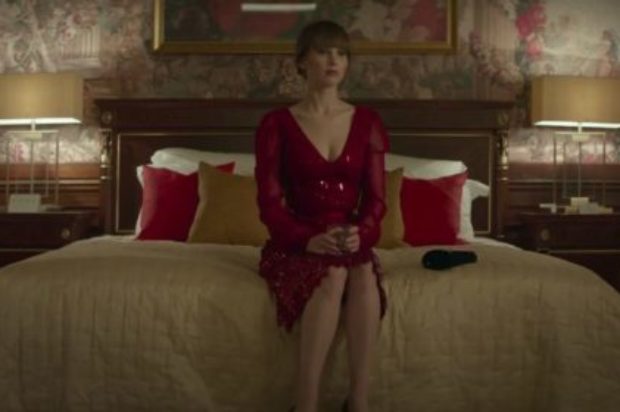 As a director, Francis Lawrence has maintained something of a cohesive career. Whilst the action genre has been where he has quite often based himself (save for 2011’s schmaltzy ‘Water for Elephants’), there’s always been an element of horror that has laced the majority of his productions, either thematically or literally. From the occult detective tales of ‘Constantine’, the post-apocalyptic terror of ‘I Am Legend’, to the conclusions of the survivalist trilogy ‘The Hunger Games’ (he directed both ‘Mockingjay’ Parts 1 and 2), Lawrence has never shied away from exposing the ugliness of humanity, in some form or another.

With an intention to continue taking risks from one project to the next, ‘Red Sparrow’ is arguably the director’s most mature yet. Similarly displaying her discontent with predictable film choices, Jennifer Lawrence proves just as game in the lead role, tackling unexpectedly daring material that’s likely to shock and surprise many a viewer entering this film under the assumption that it will follow the playbook of recent female-lead actioners like last year’s Charlize Theron feature ‘Atomic Blonde’.

Based on ex-CIA agent Jason Matthews’ novel of the same name, ‘Red Sparrow’ initially sets up its heroine, Dominika Egorova (Lawrence, adopting a modest Russian accent that she handles adequately), as a world-famous ballet dancer whose career is cut short by the actions of a jealous rival. Unsure of how she will provide for her ailing mother (Joely Richardson), Dominika accepts the financial support of her uncle (a lecherous Matthias Schoenaerts) in return for a small favour. Ultimately witnessing the assassination of a top political figure (in one of the film’s many overtly violent sequences that freely combines sex and torture) Dominika becomes a loose end for the state, with no other choice but for her to join an elite agency where she will be specifically trained to become a “Sparrow”, a spy enforced with the ability to use her sexuality to extract information from various targets.

Cut more from the cloth of a John LeCarre story than a typical action-heavy spy spectacle, ‘Red Sparrow’ is gritty and unglamorous, and its European sensibility would likely earn it less of a look-in with the general public had it not been headlined by a star of Lawrence’s considerable weight. And though recent projects like ‘Passengers’ and the terribly divisive ‘mother!’ showcased her respective sexuality and fearlessness, ‘Red Sparrow’ fuses the two together with a role that essentially carries the film to its own fruition or failure. This is another wholly dedicated performance from the actress, and whilst her looks are a key factor throughout, the heavy themes of sexual exploitation are so prevalent at the forefront of Justin Haythe’s script, that any titillation expected is completely bypassed due to the extreme discomfort felt during her various nude scenes; even her sex scene with Joel Edgerton (as a CIA agent she’s set upon to seduce) evokes a sense of desperation, like her character is only doing it cause she has no other choice, which in turn justifies the rather cold chemistry between the two.

At 140 minutes it’s a slightly indulgent picture, not to mention the various torture sequences could test the limits of squeamish audience members, but it’s difficult to fault the film on a technical level, nor on its well-stacked support cast which extends to Charlotte Rampling as Dominika’s no-nonsense trainer, Jeremy Irons as a Russian intelligence officer, and Mary Louise Parker as the film’s sole bright spot, an alcohol-laced source whose scenes briefly allude to the contemporary spy thriller the film is being sold as.

Unconventional and defiantly anti-commercial, ‘Red Sparrow’ is sure to surprise viewers expecting more of the same from a genre that sells itself on sex and spectacle. Whether they accept what they ultimately receive is another question entirely though as this uncomfortable thriller revels in its ugly mentality, refusing to apologise for itself in the process.