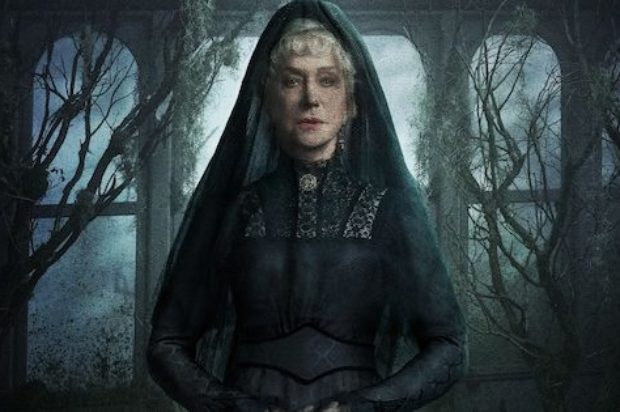 The Spierig Brothers who so enthusiastically breathed new life into the vampire genre with ‘Daybreakers’ in 2010, and then again masterfully demonstrated the twisted potential of the genre in 2014 with ‘Predestination’…I’d like them back now please.

How the Australian filmmaking duo went from the aforementioned gems to the unimaginative mess that is ‘Winchester’ is beyond me. Cheap scares, a taxing pace (and that’s with an easy 100 minute running time), unimaginative characters…’Winchester’ has them in spades, and not once does the film even accidentally stumble on to a winning sequence; even the Spierig’s ‘Saw’ entrant, last year’s ‘Jigsaw’, managed a couple of inspired moments.

The house at the centre of ‘Winchester’, a sprawling San Jose estate with over 100 rooms (built without any specific design in a bid to contain the spirits that supposedly resided there), is the type of constructive creation that deserves a better dedicated feature than what’s on offer here. Instead we’re treated to capable performers (which makes this dull film even more disappointing) walking slowly (and deliberately) into dark corners, only for malevolent spirits to pop out and “scare” them, driving the film supposedly forward with this repeated cycle before it culminates in a ghostly showdown that lacks any emotional weight.

Do we care for the reason for these hauntings? Not in the slightest, but unsurprisingly when matriarch Sarah Winchester (Helen Mirren, doing her best but buckling under insipid dialogue) suggests the ghosts haunting her estate are the people who have all been killed by the rifles her late husband’s company created, she’s absolutely correct. And yet we’re still treated to over an hour of her assigned doctor (Jason Clarke) stumbling around the house, always palming off his experiences with the spirits as little more than hallucinations, despite the strange goings-on confirming he isn’t alone in his experience.

Lacking any tension or humour, ‘Winchester’ is a bore of a movie that adheres to every cliche in the genre, and even then can’t find a crumb of levity to at least have some fun with the expected beats. Essentially just an ‘Insidious’ film with period costumes, ‘Winchester’ is frustrating auto-pilot filmmaking from a directive duo who are capable of so much more.